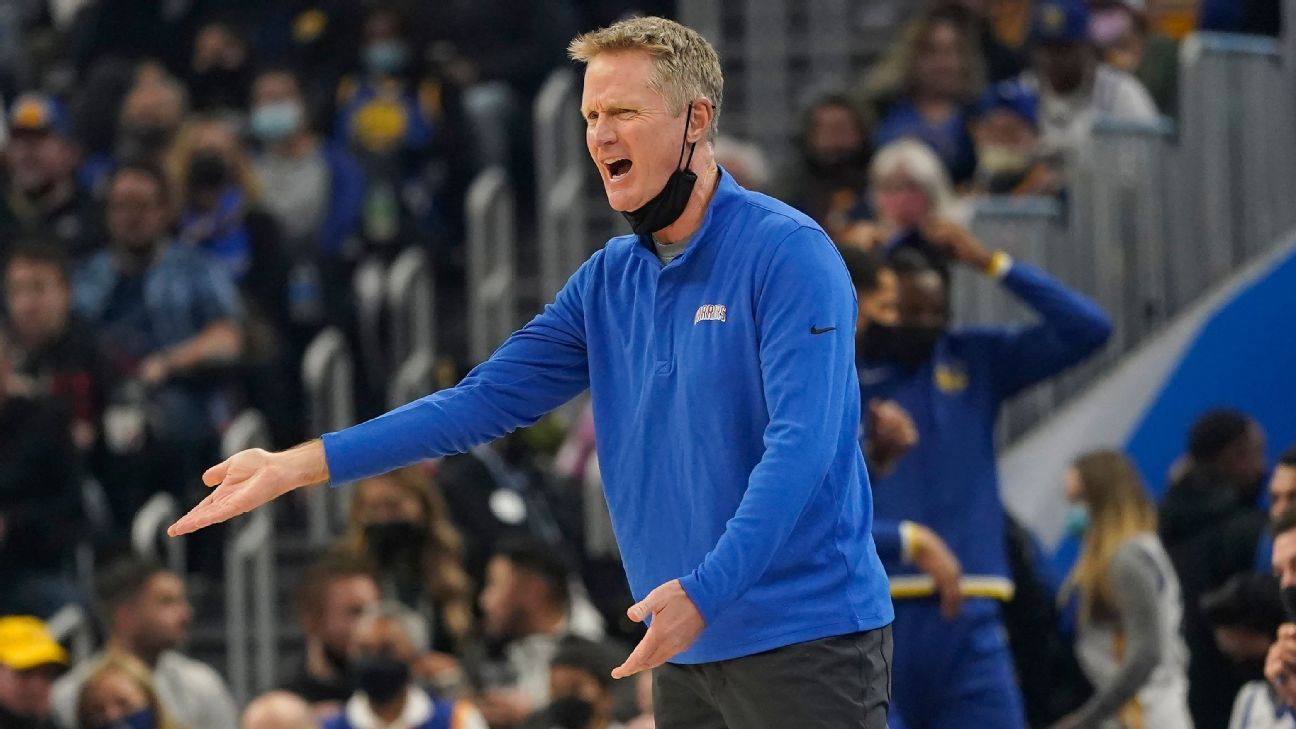 SAN FRANCISCO — As the Golden State Warriors roll into a Christmas Day showdown with the Phoenix Suns on Saturday, they do so with a little frustration. It’ll mark their second straight year being on the road during the NBA’s biggest regular-season showcase day.

“Generally I like playing on Christmas,” Warriors coach Steve Kerr said before Thursday night’s 113-104 win over the Memphis Grizzlies. “It’s exciting. I love playing at home on Christmas. That way you can still have a good family day Christmas morning with the kids and then go to the arena later. It’s tough being on the road for Christmas, but it’s part of being in the NBA.

“It is an honor to play on Christmas — it’s a showcase and everybody’s watching — but I do think there should be a rule in the NBA that you can’t be on the road two years in a row. Just making that clear. Because last year we were in Milwaukee and this year we’ll be in Phoenix, and that doesn’t seem right.”

Kerr then added with a chuckle, “But I’m confident that next year we will be at home for Christmas. Or we will all protest and not show up.”

Warriors forward Draymond Green echoed Kerr’s suggestion that teams shouldn’t have to play Christmas road games in back-to-back years, saying that it’s difficult for players to be away from their family on the holiday. As one of the league’s marquee teams, the Warriors are set to play on Christmas for the ninth straight season.

While players and coaches appreciate the honor, they do so hoping the league will alter how many years in a row a team can be on the road.

“I think that’s legit,” Green said after the game. “I have a 7-year-old, a 5-year-old and a 1-year-old. I want to spend some time at home with my kids, too. We’re not playing against a defending champion. If we’re playing against a defending champion, you understand, but we’re not. And it’s a bit frustrating to have to go on the road a second year in a row. So now I miss my daughter’s first Christmas, and I’ll miss her second one. It’s kind of f—ed up. But it’s the reality. That’s what we’re faced with.

“You have to go do your job, but we’re human beings, too. So like I said, I missed her first one and I’ll miss her second one. I can’t explain that to her. So it sucks. We’re not robots, we’re not machines. We’re actual human beings with actual feelings, with actual families.”

Warriors star guard Stephen Curry said he would also be in favor of the league implementing a new rule that allowed teams to stay at home for Christmas at least every other year.

“I like it because it means you’re one of the marquee teams,” Curry said of playing on Christmas. “There’s 10 teams playing, so you know [the NBA] is very selective about who they put in those slots. … But it is weird — especially on the road, I got three kids and how special a day and weekend it is, so you’re trying to balance being present with them and doing a job and playing a game and staying focused on that.

“I think we’ve played nine straight years on Christmas. That means you’re doing something good, so kind of got to take the good with the bad with it.”

Despite the separation, Green expects his team to raise its level of play given the spotlight and platform the Christmas stage provides.

“I think the intensity always on a Christmas Day game is higher because it’s a big game,” Green said. “Like you know everybody at home is watching. Everybody is at home, number one. Nothing’s open on Christmas Day. Everybody’s with their family sitting at home watching TV, so you know it’s one of the biggest regular-season games of the year. And because of that the intensity is going to be ramped up even more. And you got to step up and meet that challenge, and it will be a tough challenge going against a good Phoenix team into their building to get a win. But it’s the task we’re faced with, and I expect us to do that.”