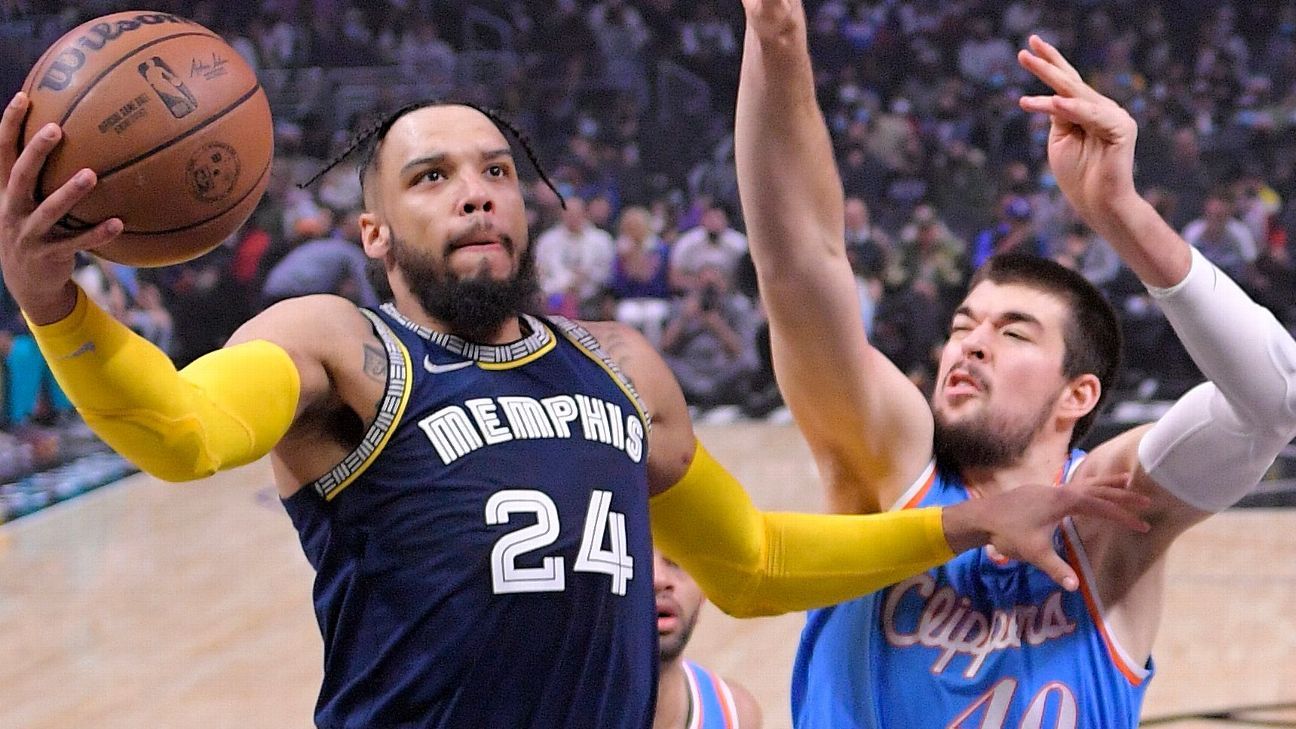 After suffering a sprained left ankle, Memphis Grizzlies forward Dillon Brooks is expected to miss a minimum of three-to-five weeks, and could remain sidelined through the mid-February All-Star break, sources told ESPN on Sunday.

Brooks — the surging Grizzlies second-leading scorer at 18.4 points a game — injured the ankle in a victory over the Los Angeles Clippers on Saturday. Brooks is considered an immense part — both offensively and defensively — of the Western Conference’s fourth-seeded Grizzlies.

Memphis (27-14) has won eight straight games ahead of Sunday night’s game with the Los Angeles Lakers.

Brooks had returned on Thursday in a victory over Detroit after he had entered into COVID-19 protocols on Dec. 26th.

Brooks, 25, has been one of the Grizzlies’ outstanding player development stories under coach Taylor Jenkins and GM Zach Kleiman. He was the 45th overall pick in the 2017 NBA Draft, out of Oregon, and has averaged 14.4 points in his NBA career — including the career-best 18.4 as a starter this season.