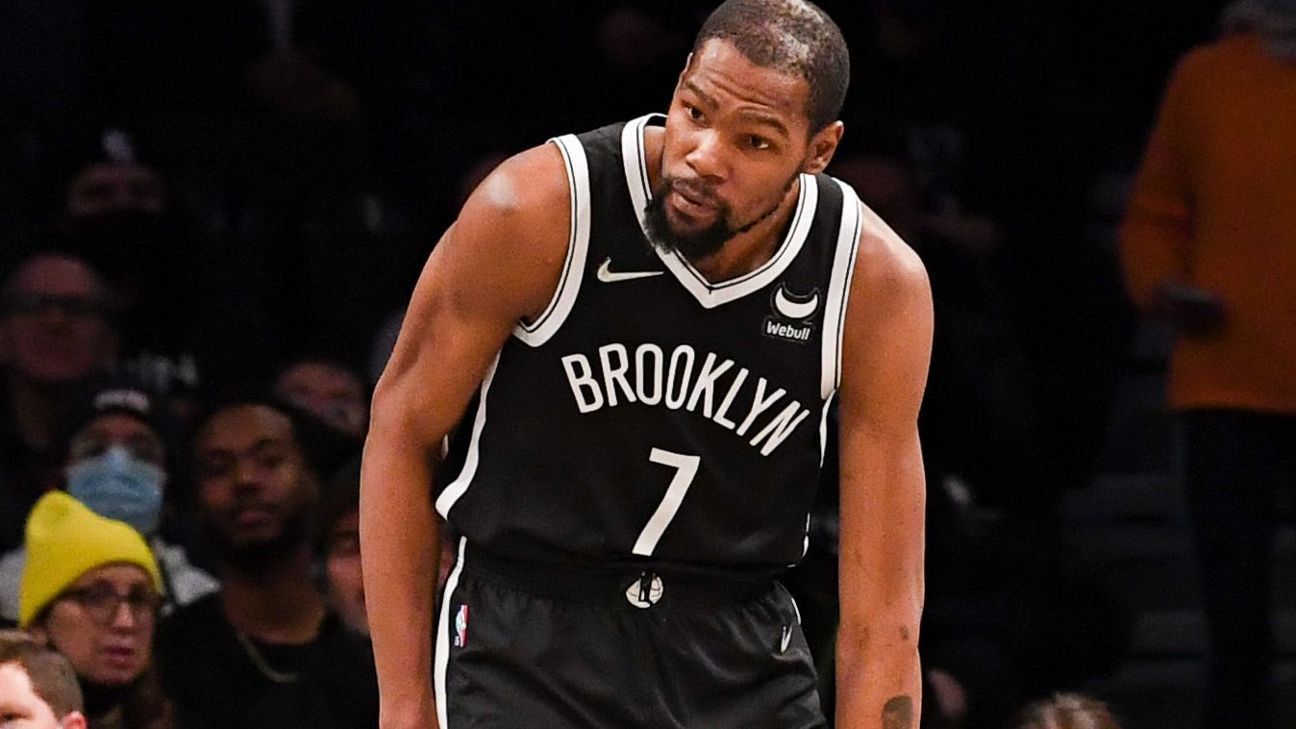 The team called it a left knee sprain, and it occurred with just under six minutes left in the quarter as Pelicans guard Herb Jones drove to the basket and collided with Nets guard Bruce Brown, who fell backwards into Durant, who was standing behind the play. Durant will undergo an MRI on Sunday, sources told ESPN’s Adrian Wojnarowski.

Brooklyn’s leading scorer tried to stay in the game for a few moments, walking around, trying to loosen the knee up, but he walked over to the bench and checked himself out shortly thereafter. Durant went straight back to the locker room to be checked out.

Durant left Barclays Center about midway through the fourth quarter, walking with a limp on his way to a waiting car. He sounded hopeful that the injury wasn’t too serious, but was unsure at this point if he would be able to travel to Cleveland for Monday’s game against the Cavaliers.

Both Durant and the Nets now wait to see what the results of the MRI bring.

At halftime, with the Nets leading, 69-41, the team announced Durant would be out for the remainder of the game.

The injury overshadows what had been a strong return for the former MVP, who sat out Thursday’s loss to the Oklahoma City Thunder to rest. In 12 minutes on Saturday, Durant had 12 points, three rebounds and two assists before leaving the game.