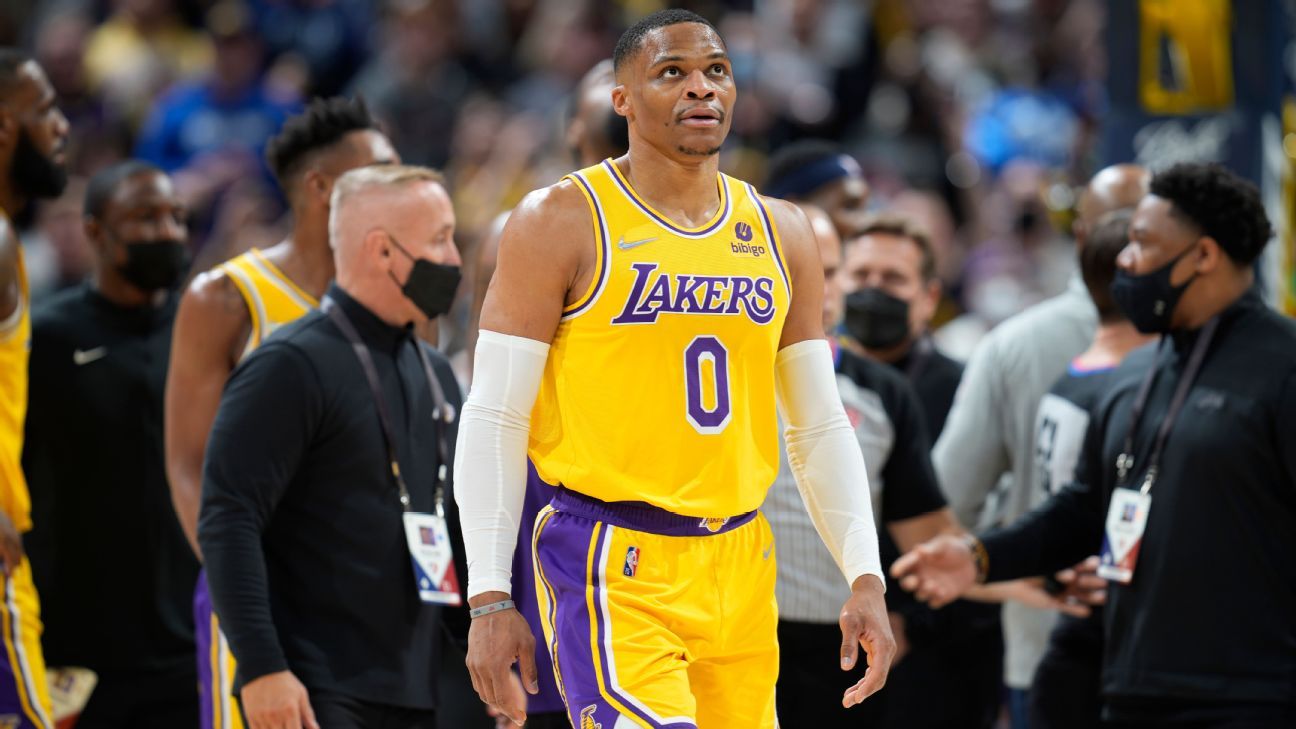 DENVER — After the Los Angeles Lakers‘ 37-point loss to the Denver Nuggets on Saturday, the second-biggest loss of LeBron James‘ 19-year career, another franchise great weighed in with his disgust.

“We as Lakers fans can accept being outplayed but we deserve more than a lack of effort and no sense of urgency,” Magic Johnson tweeted to his 5.1 million followers. “Owner Jeanie Buss, you deserve better.”

James, who had a team-high 25 points and nine rebounds but shot 9-for-23 (including 2-for-8 from 3), left the arena without speaking to reporters. That left Russell Westbrook to be asked about Johnson’s tweet.

“I do not have a reaction,” said Westbrook, who scored 19 points on 7-for-15 shooting, an improvement from his recent shooting slump. “Everybody is entitled, in this world, to their opinion. Regardless of what that it is. You can either take it and run with it or you can take it and put it in one ear and out the other or you cannot respond to it.

Dwight Howard, who started at center and proved no match for Denver’s reigning MVP, Nikola Jokic (17 points, 13 assists, 12 rebounds), echoed Westbrook’s sentiments about Johnson. Speaking to a small group of reporters as he made his way out of the interview room, Howard said it was telling that the former Lakers great was offering his critique online and not in person by visiting the team’s practice facility.

However, while the two objected to Johnson’s method of delivery, they seemed to agree with his actual message.

Westbrook, too, called out L.A.’s lack of effort as it was outrebounded 51-41 and allowed the Nuggets to shoot 23-for-40 from 3-point range.

“We just got to play hard,” he said. “Sometimes the schemes and how you play doesn’t really matter. You got to just play hard sometimes. Teams are playing harder than us, simple as that.”

“It’s not too much I can really say about it. We’ve been saying it all year,” Howard said. “So I shouldn’t have to keep saying. But, you know, he’s right.”

The largest loss of James’ career came in his first season with the Lakers when L.A. was smacked by 42 points by the Indiana Pacers just before the trade deadline, with Indiana fans chanting, “LeBron’s going to trade you” at the Lakers’ young core.

That season, the Lakers finished 37-45 and James’ 13-year streak of making the postseason was snapped.

Saturday’s loss was the Lakers’ third in a row, dropping them back below .500 at 21-22. According to data compiled by ESPN Stats & Information, this is the first time since James’ rookie year that his team was below .500 at the 43-game mark of its season.

“You can’t stop believing that you’re gonna win and just say, ‘Ah, f— it, let’s give up,'” Howard said. “We know we’ve put ourselves in a pretty tough predicament but all it takes is a couple games and some good energy and some positivity, so just got to stay as positive as we can.”