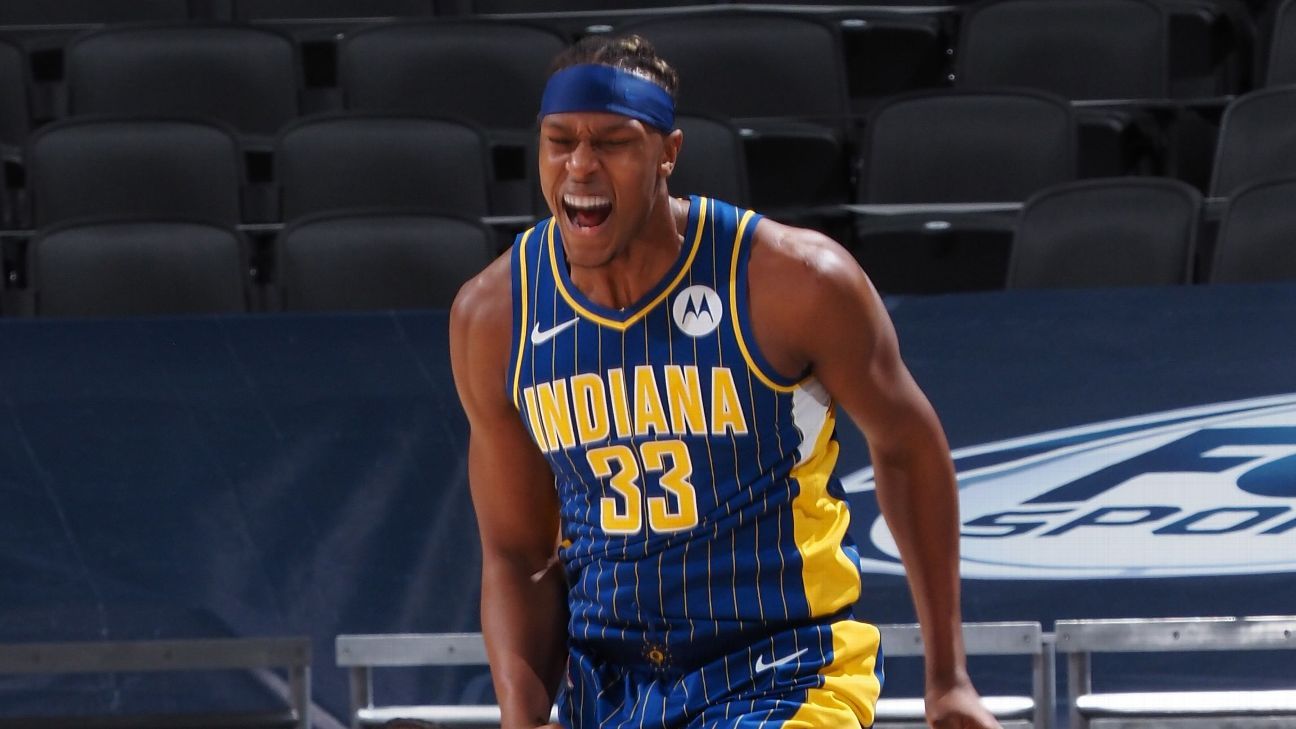 Indiana Pacers center Myles Turner is expected to be sidelined beyond the Feb. 10 NBA trade deadline, sources told ESPN’s Adrian Wojnarowski, as the two-time NBA blocks champion recovers from a stress fracture in his left foot.

The Pacers on Tuesday said Turner will be re-examined in two weeks, but teams interested in trading for him will have to do due diligence on his injury as they weigh offers.

Turner’s been central to Indiana’s trade talks and a number of teams have shown interest, sources told ESPN. The injury doesn’t make a trade impossible, but it certainly could be an obstacle in the Pacers getting max value for him at the deadline. Indiana also can always wait for the offseason to make a deal.