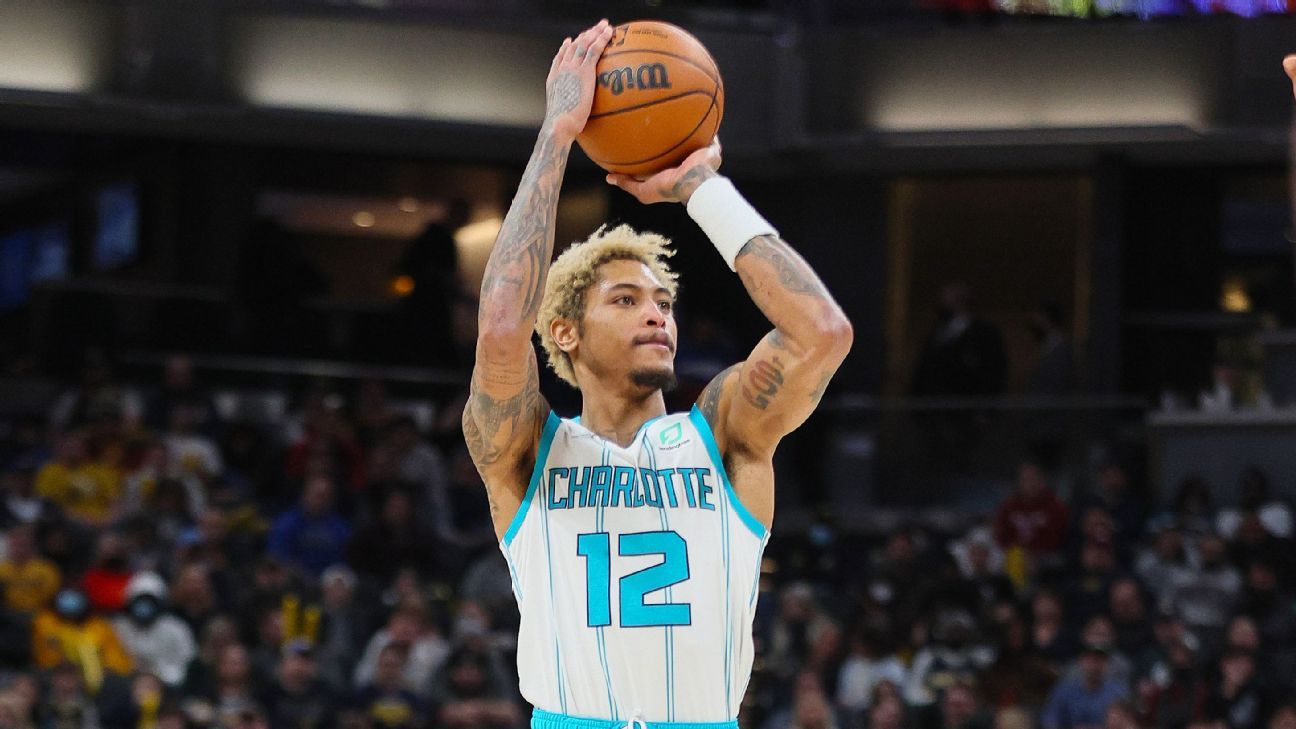 The Hornets didn’t disappoint. They made 24 3-pointers, broke the franchise’s single-game scoring record and produced the highest point total in the NBA this season with a 158-126 win over the Indiana Pacers.

“Tonight, we kind of got in that zone in the third quarter and we didn’t look back,” said Kelly Oubre Jr., who scored a career-high 39 points and made a career-best 10 3-pointers. “None of us were going for numbers today. We just wanted to play hard.”

The numbers, though, were incredible.

• Oubre was 12 of 18 from the field and only missed five 3s. He became just the fifth player in league history to make 10 3s in a game off the bench.

• LaMelo Ball had his fourth triple double of the season with 29 points, 13 assists and 10 rebounds. That tied LeBron James for the third-most by a player before turning 21 in league history.

• Per Elias Sports Bureau, Ball and Oubre became the sixth set of teammates in NBA history with a triple-double and 10 3s made in a game.

• In all, four Hornets players topped the 20-point mark as they tied a season-best from beyond the arc.

• And the Hornets scored 87 points in the second half, the most by any team after halftime since the Rockets scored 94 against the Nuggets on Jan. 10, 1991.

Charlotte also snapped a two-game losing streak and pulled off a four-game sweep of the injury-depleted Pacers, who eliminated the Hornets in the play-in round last season. The 158 points were the most allowed in a game in the franchise’s NBA history.

It was no surprise to Borrego.

“We were due for one of these games,” he said. “We just got rolling, one guy after another and just a great game offensively tonight and a great third quarter defensively. That’s what turned the game.”

The Pacers, led by 17 points from both Goga Bitadze and rookie Isaiah Jackson, lost their third straight and seventh out of nine.

Playing without three starters, Indiana simply couldn’t keep up, and it didn’t have much time to see what was coming.

They broke the franchise mark, fittingly, on a 3 from Miles Bridges with 5:14 left and coasted to the final horn.

“It happens, you’ve just got to keep going and playing tougher like we did on the West Coast,” Bitadze said. “It’s hard. It’s not like you’re going to forget about it. You’ve got to use it as motivation.”

Information from ESPN Stats & Information and The Associated Press was used in this report.