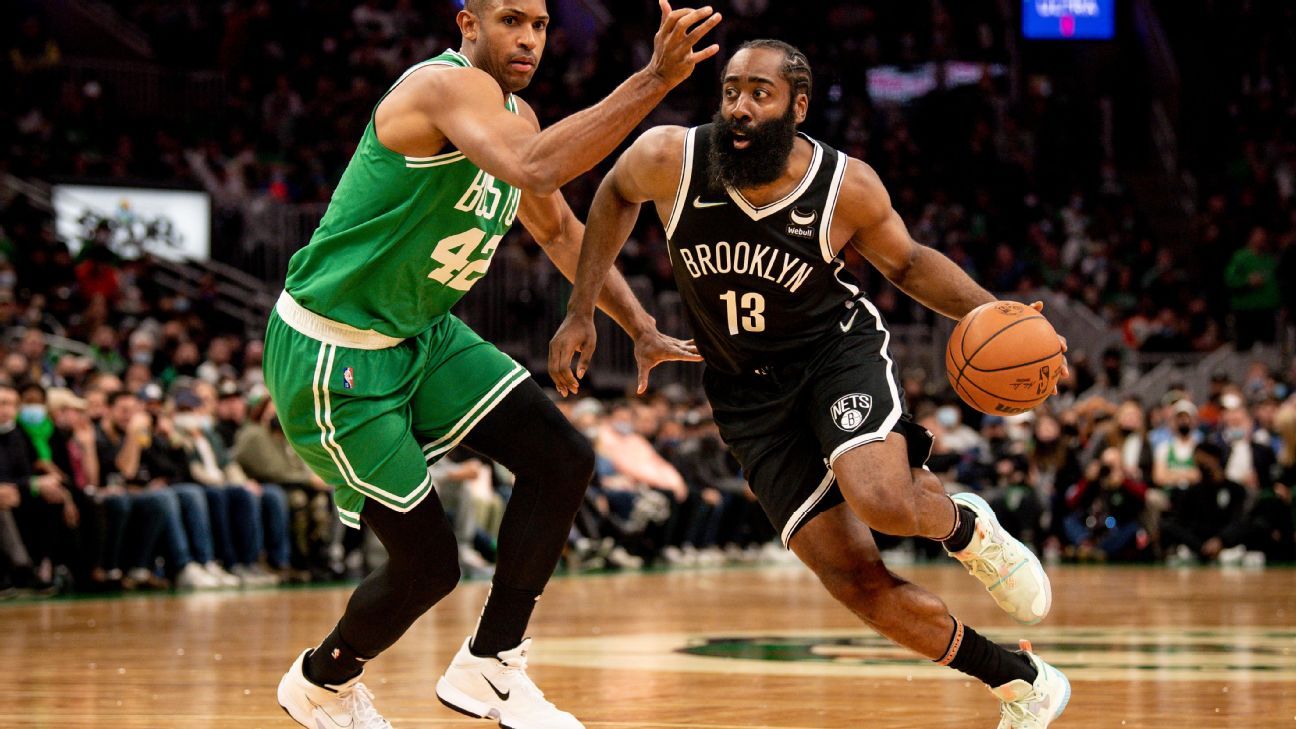 The Brooklyn Nets won’t listen to trade-deadline overtures for All-NBA guard James Harden, a resolve rooted in Harden’s repeated insistences to ownership and management that he’s committed to staying and winning a championship with the franchise, sources told ESPN.

Nets owner Joe Tsai and general manager Sean Marks are buoyed not only by Harden’s consistent internal stance, but the shared public and private belief among superstars Harden, Kevin Durant and Kyrie Irving that the three make the Nets an unstoppable team when playing together.

Once Durant returns to the lineup in February from a sprained MCL injury, the expectation is that the Nets will get an ample window to prove that again this season. Irving is still limited by a New York City mandate that prohibits unvaccinated players from performing at home.

The Philadelphia 76ers‘ plans for a potential pursuit of Harden this summer have been no secret anywhere in the league, but the Sixers have yet to make the Nets a trade offer ahead of the Feb. 10 deadline, sources said. The Nets don’t plan to engage any team — including the Sixers — that might try to pry Harden ahead of his possible free agency this summer, sources said.

Harden, 32, didn’t sign an extension in the preseason, pushing a decision to the summer of 2022. To stay with the Nets on a long-term deal, Harden could opt-in on his $47.4 million contract for 2022-23 and sign a four-year, $223 million extension at the start of free agency. Harden would earn $61.7 million in the last year of the deal, becoming the first player to surpass $60 million in a single season.

Harden can opt out of the 2022-2023 season to become a free agent and sign elsewhere, or the Nets could agree to a sign-and-trade deal where Harden opts into the final year of his contract with plans to sign a long-term deal with his new team in 2023. ESPN’s front office insider Bobby Marks projects only Detroit, Orlando and San Antonio to have cap space this offseason.

The Nets acquired Harden in a four-team trade in January 2021, a move that Harden and Durant pushed hard for the Nets to make. Harden is averaging 23 points, 10 assists and eight rebounds for the Nets this season. He was the NBA’s MVP in 2018 and is a nine-team All-Star and six-time first-team All-NBA player.