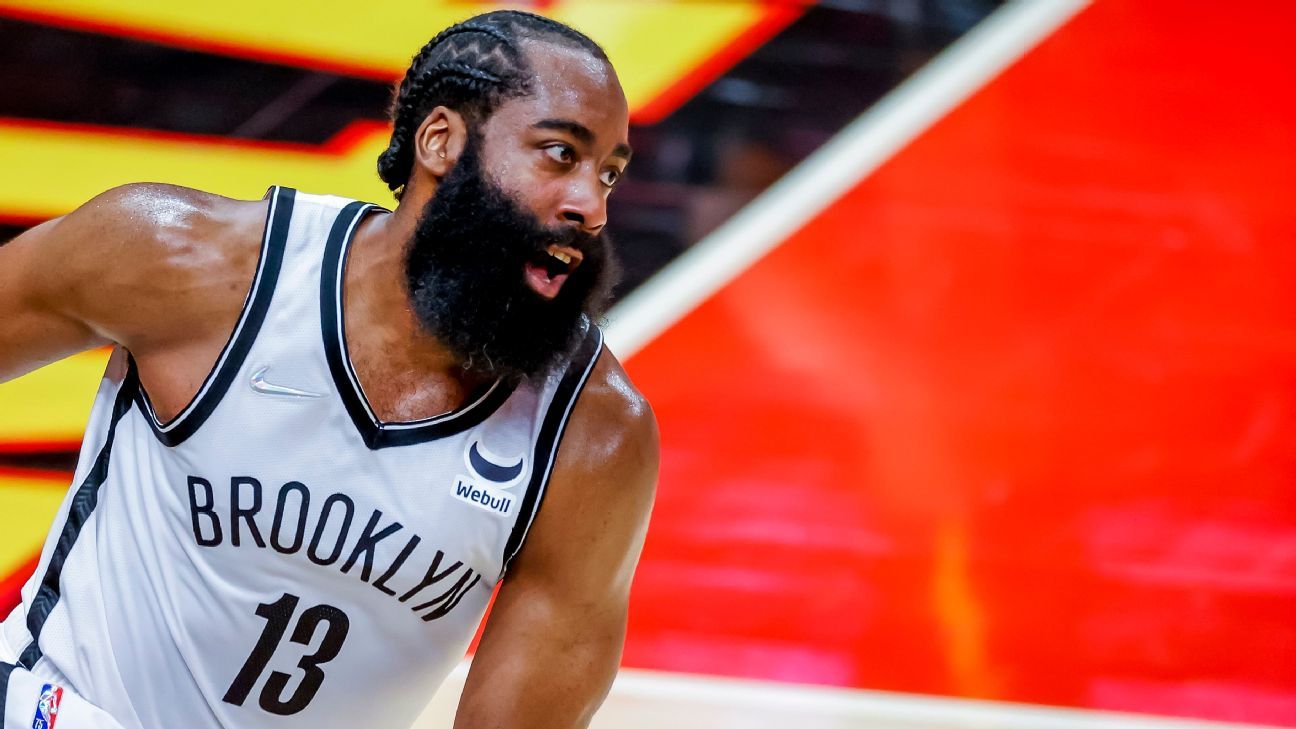 SAN FRANCISCO — Brooklyn Nets guard James Harden was held out of Saturday night’s game vs. the Golden State Warriors after an MRI on his right hand revealed a strain, coach Steve Nash said.

Nash said it’s an injury that has been bothering the 32-year-old Harden for several days.

“James’ hand has been bothering him for a few days,” Nash said before the game. “But he thought it was nothing. And then it really flared up this morning when he woke up. Obviously he irritated what he was feeling [Friday] and then this morning he woke up with some irritation so we had a scan. I think what we’re calling it is a hand strain from the doctor. Just unfortunate.”

Harden’s latest injury comes as a surprise given that Nash said he went through all of Friday’s practice and was ready to play again after missing Wednesday’s loss to the Denver Nuggets because of left hamstring tightness. Harden had the MRI in San Francisco on Saturday after waking up with discomfort.

“Clean of the bad stuff, but a strain for sure,” Nash said of the MRI. “There’s stuff on the MRI, so he’s feeling something, feeling the strain. It’s been bothering him, but he was like, ‘Yeah, it’s nothing’. Now it’s a little more than nothing. He woke up with a marked difference in the hand.”

Nash said Harden doesn’t remember a specific event where the injury occurred, just that it has been bothering him for “a few days.”

“He doesn’t remember an event,” Nash said. “But the scan shows the irritation, the strain and he has said he’s had it for a number of days so I think the deduction would be that he must have irritated it shooting and lifting [Friday].”

The Nets are already playing without star forward Kevin Durant, who suffered a sprained left MCL in his left knee during a Jan. 15 win over the New Orleans Pelicans. Durant is expected to be out at least a few more weeks as he continues the rehab process.