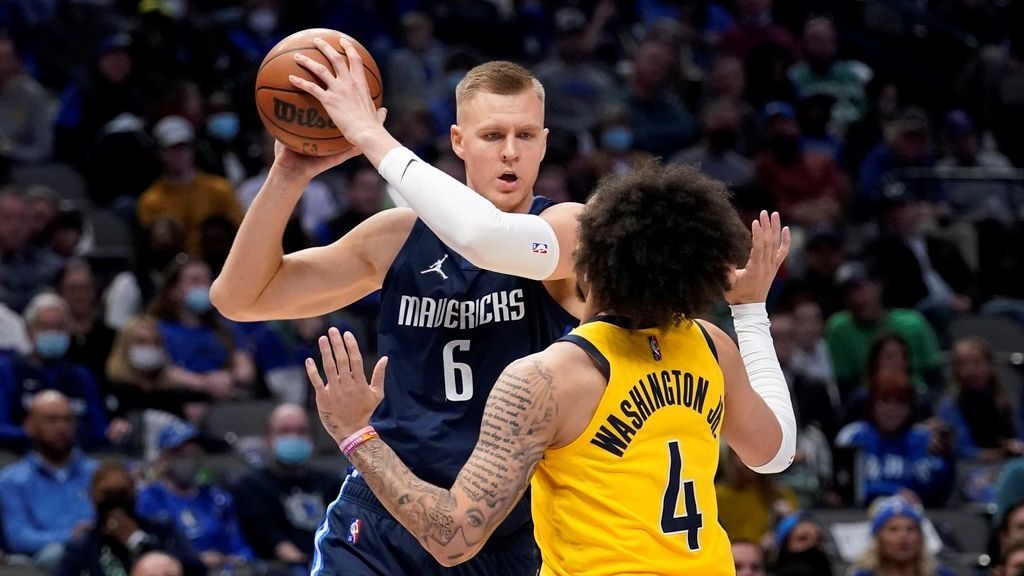 DALLAS — Mavericks power forward/center Kristaps Porzingis exited Sunday’s game against the Indiana Pacers in the second quarter due to soreness in his surgically repaired right knee.

The 7-foot-3 Porzingis underwent surgery during the 2020 offseason to address a lateral meniscus injury in that knee, which caused him to sit the final three games of the Mavs’ first-round series loss to the LA Clippers that postseason. The recovery from that surgery caused Porzingis to miss the first nine games of last season, and his mobility was hampered throughout the 2020-21 campaign.

Porzingis played 11 minutes against the Pacers before the team announced that he would not return to the game. He has missed 19 games this season due to a variety of minor injuries and a bout with COVID-19, but Porzingis had not had any issues with his right knee.

Former Mavs coach Rick Carlisle, who returned to the Dallas for the first time with the Pacers, remarked before the game how much Porzingis’ mobility had improved this season because he was healthy.

Porzingis missed a season and a half after recovering from a torn ACL in his left knee that happened in a February 2018 game that ended up being his last with the New York Knicks, who traded him to Dallas the next season.

Porzingis, who is in the third year of a five-year, $158 million contract, is averaging 19.7 points, 7.9 rebounds and 1.8 blocks per game for the Mavs this season.