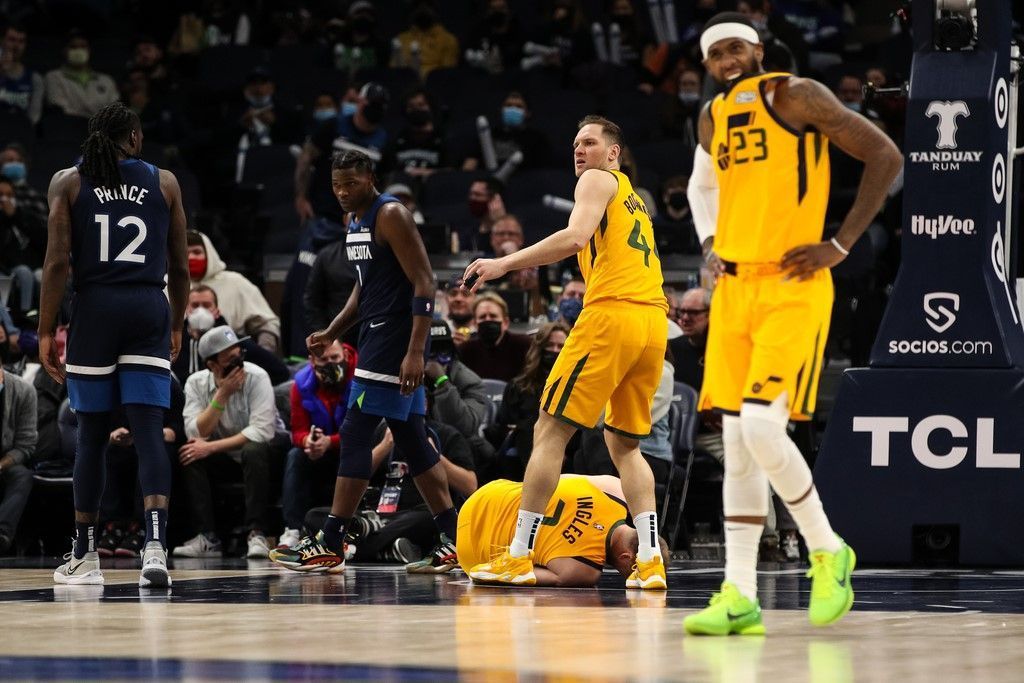 There’s fear that Utah Jazz forward Joe Ingles suffered a significant left knee injury in Sunday’s game in Minnesota and the team will await results of an MRI set for Monday to learn the full extent of the injury, sources told ESPN.

Ingles’ knee buckled on a drive to the basket, causing him to crumple to the court in the second quarter. Ingles needed help to the locker room, and sources tell ESPN that an initial examination fueled considerable concern of a serious knee injury.

Ingles has been a vital part of the Jazz for eight seasons, averaging 7.4 points, 2.9 rebounds and 3.5 assists this season in 25 minutes per game. He was the runner-up to teammates Jordan Clarkson for the NBA Sixth Man of the Year Award last season.

Ingles is in the final year of a $13 million contract.

The Jazz had dropped four straight and eight of 10 games to move into fourth place in the Western Conference prior to Sunday night’s game against Minnesota.

Dubs dig in as Steph tossed for mouthpiece throw
NBA Mock Draft: Who is going to get Victor Wembanyama?
LeBron, Giannis voted as All-Star Game captains
Lillard drops mic on Jazz with 60-point outburst
The Kings were making it rain ☔️ #shorts