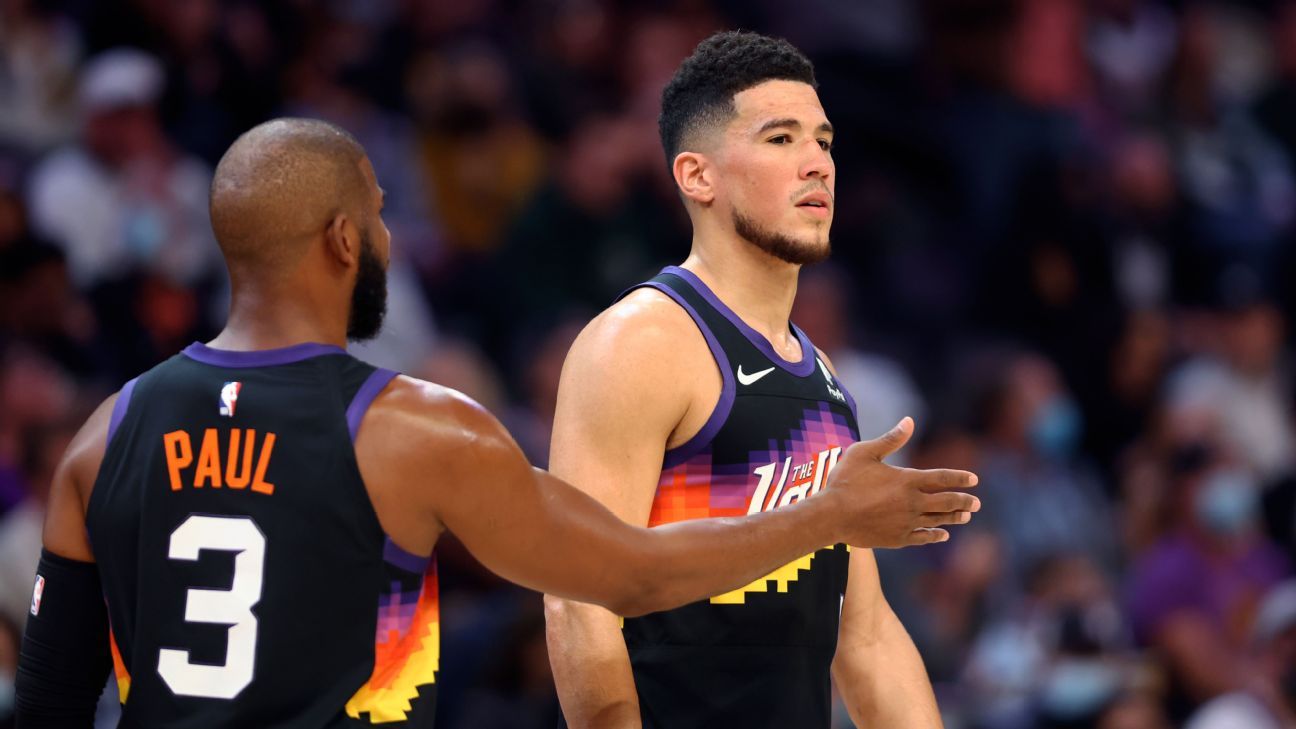 Chris Paul and Devin Booker, the starting backcourt for the NBA-leading Phoenix Suns, headlined the NBA’s announcement of the 14 reserves for the NBA’s All-Star Game in Cleveland later this month.

In the Eastern Conference, the selections were headlined by a pair of first-time selections: Cleveland Cavaliers guard Darius Garland, who is averaging 19.8 points and 8.2 assists and is Cleveland’s first All-Star since LeBron James left in 2018; and Toronto Raptors guard Fred VanVleet, who is averaging 21.5 points, 4.7 rebounds and 7.0 assists — while also leading the NBA in minutes per game.

Those 24 names will be increased by at least one over the next two weeks, as Green, who was part of TNT’s announcement Thursday night, said he would not be able to play in the All-Star Game. He has been out the past several weeks with back and calf injuries, meaning he will now be replaced by NBA Commissioner Adam Silver. Durant, who has missed the Nets’ last nine game with a knee injury, may also need to be replaced.

James and Durant, the captains of the two teams that will play in Cleveland on Feb. 20 after receiving the most votes in their respective conferences, will pick their teams next Thursday on TNT.