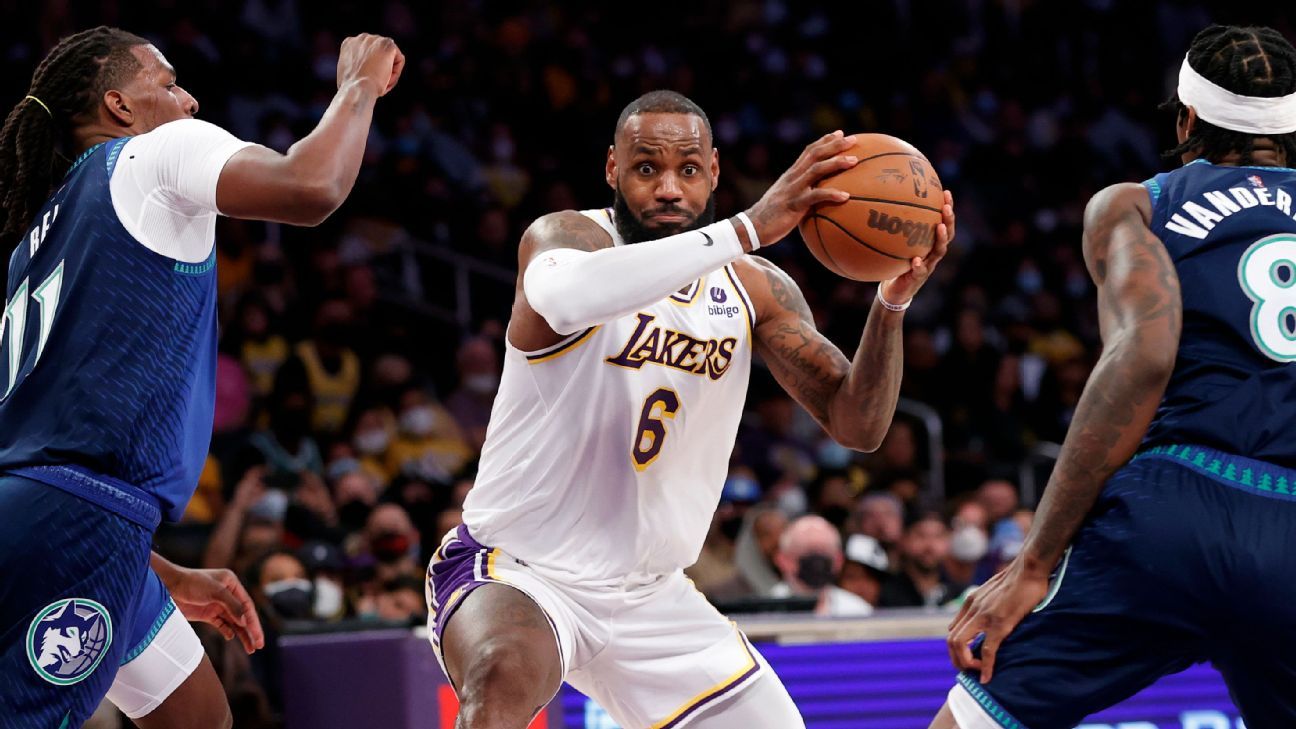 LeBron James, who has missed the Los Angeles Lakers‘ past five games with swelling in his left knee, could return tonight against the New York Knicks (8:30 p.m. ET, ABC), coach Frank Vogel said.

James will go through a pregame warmup to determine if he is ready to return. He is officially listed as questionable.

The Lakers have gone 1-4 in his absence.

Before his injury, James had been on one of the hottest offensive stretches of his career. He has scored 25 points or more in 18 straight games, the first 17 of those with Anthony Davis out with a left knee injury.

In his 19th season, James is averaging 29.1 points, tied for second in the league, in 36.6 minutes per game, which ranks fourth.