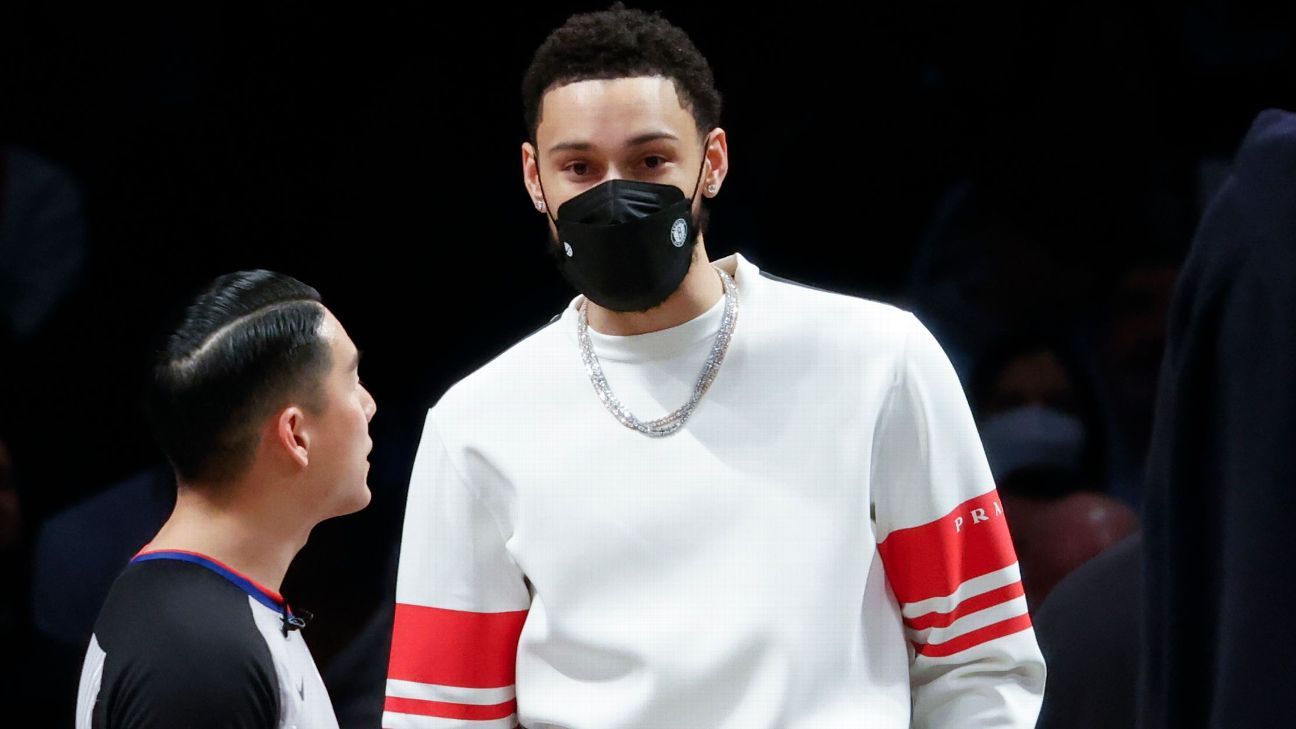 NEW YORK — Ben Simmons was officially introduced as a member of the “scary” Brooklyn Nets on Tuesday, but questions about his exit from the Philadelphia 76ers linger as he tries to turn a new page in his career.

Simmons said he doesn’t “have a date yet” for his Nets debut, but he said he’s “starting to ramp it up” to get into game-playing shape and hopes to be ready to play by March 10, when Brooklyn visits his former team.

The three-time All-Star, who has not played since last May after requesting a trade, was acquired by the Nets, along with Seth Curry, Andre Drummond and two future first round picks, in the blockbuster deal that sent All-Star James Harden and Paul Millsap to the Sixers last Thursday.

“If I knew, I would tell you everything,” Simmons said when asked why things got so bad in Philadelphia. “But there’s just a lot of things internally that had to happen over time. And it just got to a place where I don’t think it was good for me mentally. So it is what it is. It happened, and [I’m] moving forward.”

The topic of mental health came up several times Tuesday, given that it was the reason as to why Simmons pushed for a trade out of Philadelphia after last season. He was in good spirits Tuesday, flanked at the podium by Nets coach Steve Nash and general Sean Marks.

“For me, it was just making sure mentally I was right to get out there and play again,” Simmons said. “So that’s something I’ve been dealing with. And it wasn’t about the [Philadelphia] fans, or coaches or comments made by anybody. It was just a personal thing for me. That was earlier than that series [against the Atlanta Hawks] or even that season that I was dealing with, and [the Sixers] knew that. So it is something that I continue to deal with and I’m getting there and getting to the right place to get back on the floor.”

Simmons said he has talked to Sixers coach Doc Rivers and other members of the team, but he still has not spoken to former teammate Joel Embiid.

The most difficult part of the last year for Simmons was not being able to play in a situation where he felt comfortable.

“Not doing what I love,” Simmons said. “That was definitely the most difficult part, especially for that long, when you take something away from somebody that — what they love doing, it’s hard for anybody. Over time, I worked on that. Tried to stay in a positive place and get to where I need to be. It was difficult, but I’m blessed to be in this situation and have this opportunity.”

The Nets remain confident that not only will Simmons find a comfort zone playing alongside Kevin Durant and Kyrie Irving, but he will be in a good place off the floor given his long-standing relationship with Durant and fellow Australian guard Patty Mills.

“I think it’s going to be scary,” Simmons said of playing with Durant and Irving. “Having those guys running alongside me, multiple different weapons on the floor. And I think at the pace we want to play at, it’s going to be unreal.”

Breaking down the NBA’s historic surge of 50-point performances this season
Myles Turner extension with Pacers takes major trade chip off the table
The Whiteboard: James Wiseman is saying exactly what Warriors’ fans want to hear
Grizzlies, others speak out on Tyre Nichols’ death
Grizzlies hold moment of silence for Tyre Nichols