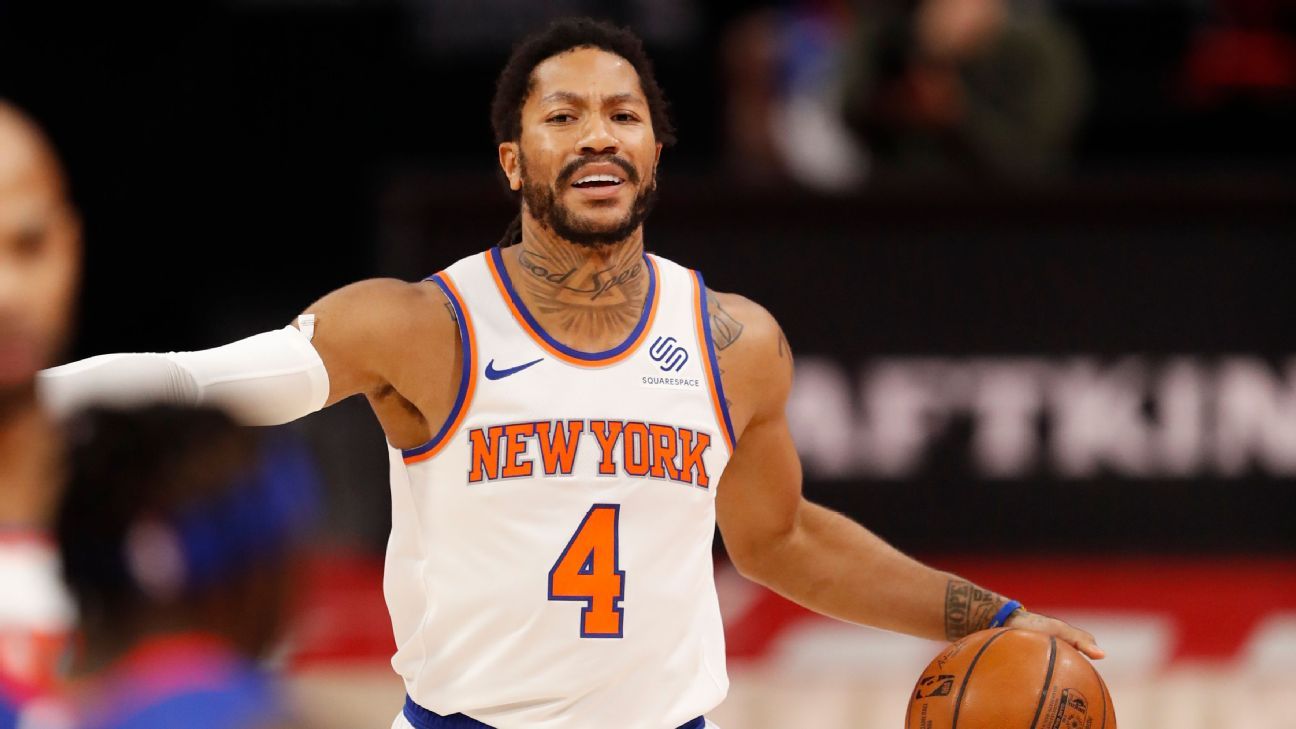 After missing two months due to an ankle injury, there’s optimism guard Derrick Rose will return to the New York Knicks‘ lineup out of the All-Star Break next week, sources told ESPN on Wednesday.

Rose has been progressing on the court for a return, and barring setbacks, there’s confidence he’ll be ready to face the Miami Heat on Feb. 25, when the Knicks resume the season’s stretch run with hopes of reaching the play-in tournament, sources said.

Rose told reporters on Jan. 30 that he hoped to return “a little after (the) All-Star” break, and that timetable remains firmly on course, sources said.

Knicks coach Tom Thibodeau said Friday before his team played the Brooklyn Nets that Rose wasn’t yet cleared for contact, but that’s expected to happen soon, sources said. Rose is a favorite of Thibodeau and there’s an urgency to get him back into the lineup to try and jumpstart the Knicks’ postseason hopes. New York (25-33) is in 12th place in the East, 2.5 games behind the Atlanta Hawks for the 10th and the final play-in spot in the conference.

Rose, 33, hasn’t played since suffering the ankle injury against the Houston Rockets on Dec. 16. He had surgery on Dec. 22 to remove a bone spur.

The Knicks have struggled to find consistency at point guard without Rose. He had been New York’s strongest attacker of the rim, shooting 53% on drives for a team ranked 28th in field goal percentage at 45%, according to ESPN Stats & Information.

Rose arrived in New York a year ago in a Feb. 8 deal with the Detroit Pistons and immediately made an impact on the season. He helped the Knicks to a fourth-place finish in the East, and finished third in NBA Sixth Man of the Year voting. He signed a three-year, $43 million deal with the Knicks in August.

Rose was the 2011 NBA MVP with the Chicago Bulls, the youngest to ever win the award at 21 years old.

NBA Standings: Can anyone in the East catch the Boston Celtics?
AD: Lakers ‘cheated’ by late missed call vs. C’s
Emoni Bates draft stock update: Can he play his way back into the lottery?
Kelly Olynyk was FIRED up for free chicken after the Clippers missed both free throws 😂
NBA all-time leading scorers: Whom will LeBron James join?