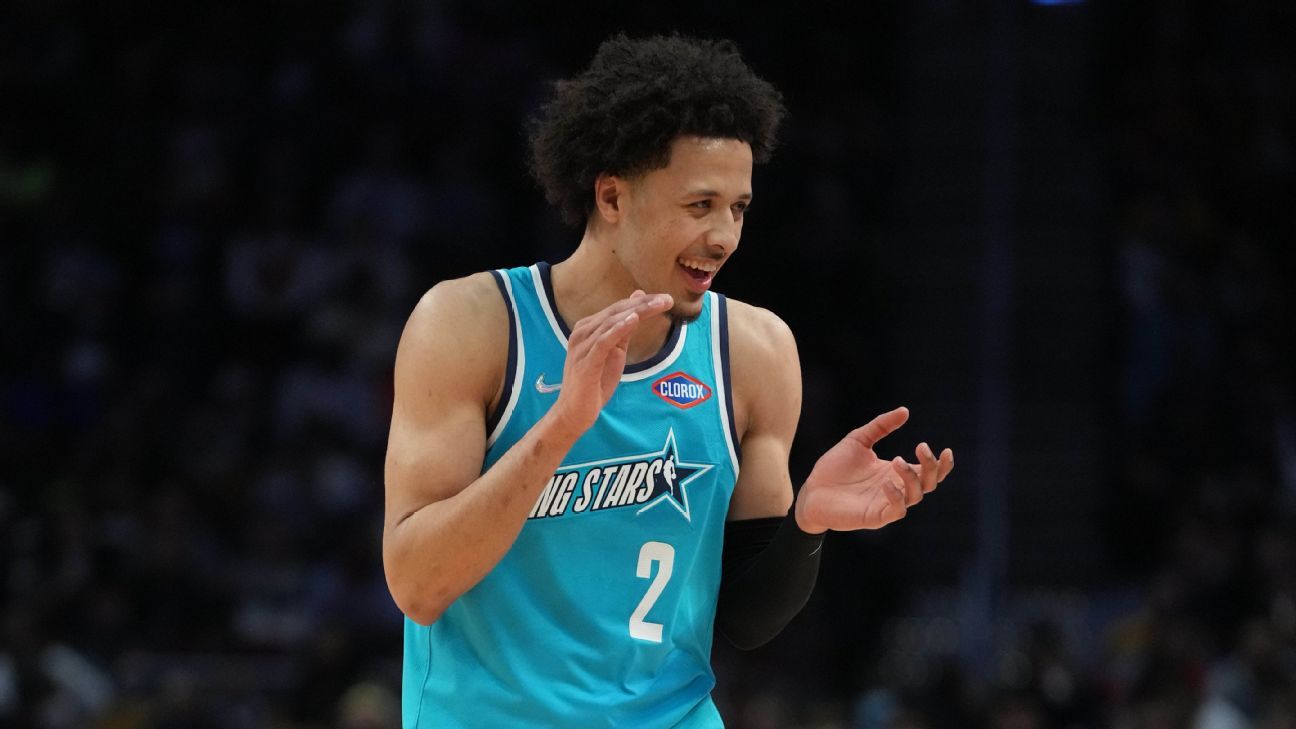 CLEVELAND — The Rising Stars Challenge became the latest part of All-Star Weekend to undergo a format change, and it was a success.

The event, which features the top first- and second-year NBA players, employed an entirely new format this season. Rather than just being one game involving those players, like in years past, there were four seven-man rosters coached by Hall of Famers Isiah Thomas, Rick Barry, James Worthy and Gary Payton.

Three games were played — two semifinal matchups to 50, and a championship game to 25, in a nod to the league celebrating its 75th anniversary this season.

And after Cade Cunningham, the No. 1 pick in the 2021 NBA Draft, led Team Barry to a 25-20 win over Team Isiah to win the event, he said he was pleased with the format change.

“It was a lot of fun,” Cunningham said after claiming the event’s MVP award. “Great teammates, great coaches, great atmosphere … I had a good time, for sure.”

All three games employed the “Elam Ending,” which first came to All-Star Weekend two years ago in Chicago when it debuted in the All-Star Game.

“It felt good,” Rockets guard Jalen Green said, after his team lost in the first semifinal when Desmond Bane hit a couple of free throws to seal it. “It was fun. It was exciting out there. We were just hooping, playing free.”

While the opening moments of the games were reminiscent of past Rising Stars games, which are typically full of dunks, 3s and hardly any intensity, the new format did lead to some added spice in the final moments.

When Bane was fouled by Jalen Suggs — who had missed a potential game-winning free throw moments earlier — at the end of the first semifinal, he was given a talking to by both Cole Anthony and Tyrese Maxey before calmly sinking the second to give his team the win.

In fact, all three games ultimately ended on free throws — a sign of the kind of uncharacteristic defense that was being played, at least when the games were on the line, throughout the night.

“I like this,” Hornets guard LaMelo Ball said. “I feel like this was dope. Having something new, with the 75 and the 50 and the 25, I feel like it was creative.”

The night also featured G League Ignite players taking part in the festivities for the first time — an additional way for the NBA to highlight its new initiative to get top prospects to skip college and instead spend time in the G League before being eligible for the draft.