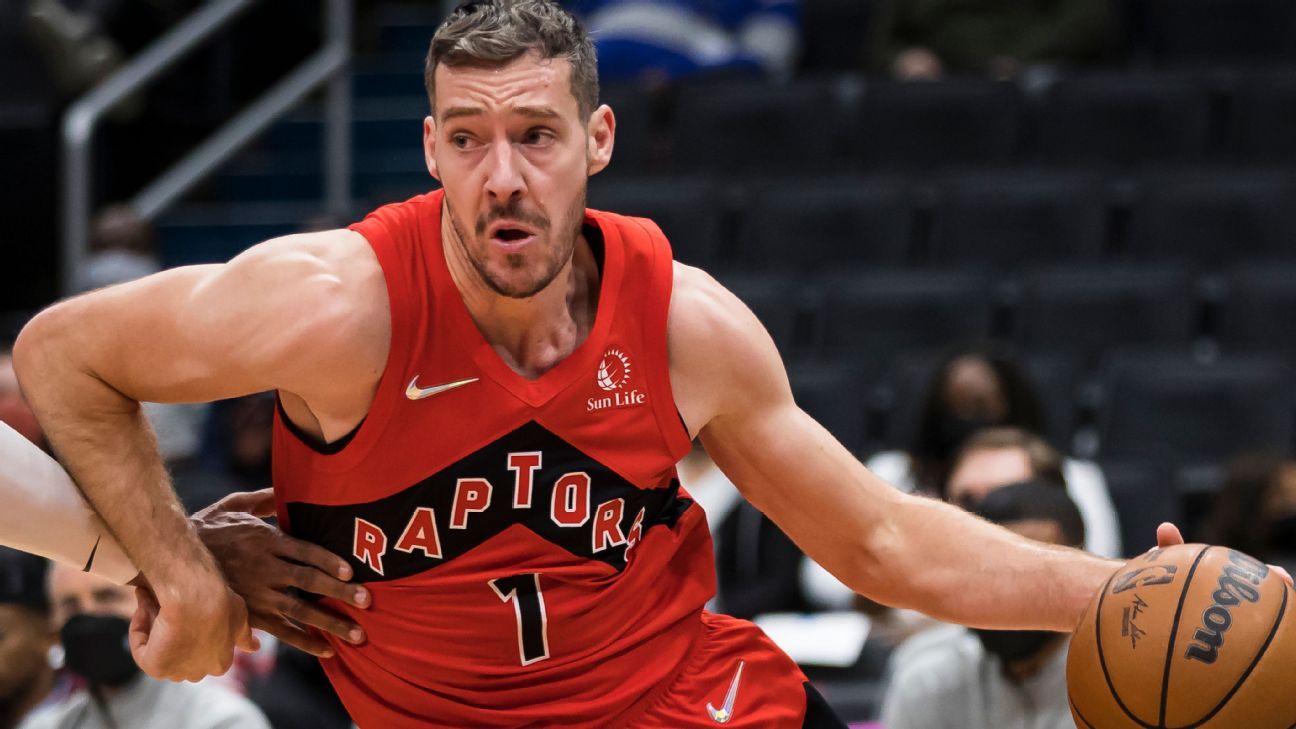 Free agent guard Goran Dragic is signing for the rest of the season with the Brooklyn Nets, his agent Bill Duffy of BDA Sports told ESPN’s Adrian Wojnarowski.

Dragic began the season on the Toronto Raptors before he was sent to the San Antonio Spurs at the trade deadline and subsequently had his contract bought out.

Dragic, 35, has an outstanding postseason pedigree and a penchant for immediately taking on leadership roles with teams. He played five games for the Toronto Raptors this season before mutually agreeing to allow him to work out away from the team until a trade could be found. In his 15th NBA season, Dragic still has recent playoff success on his résumé. He started 16 postseason games and averaged 19 points during the Miami Heat‘s run to the NBA Finals in 2020, before a plantar fasciitis injury sidelined him in the Finals.

The Nets are waiving guard Jevon Carter to clear a roster spot for Dragic, sources said.