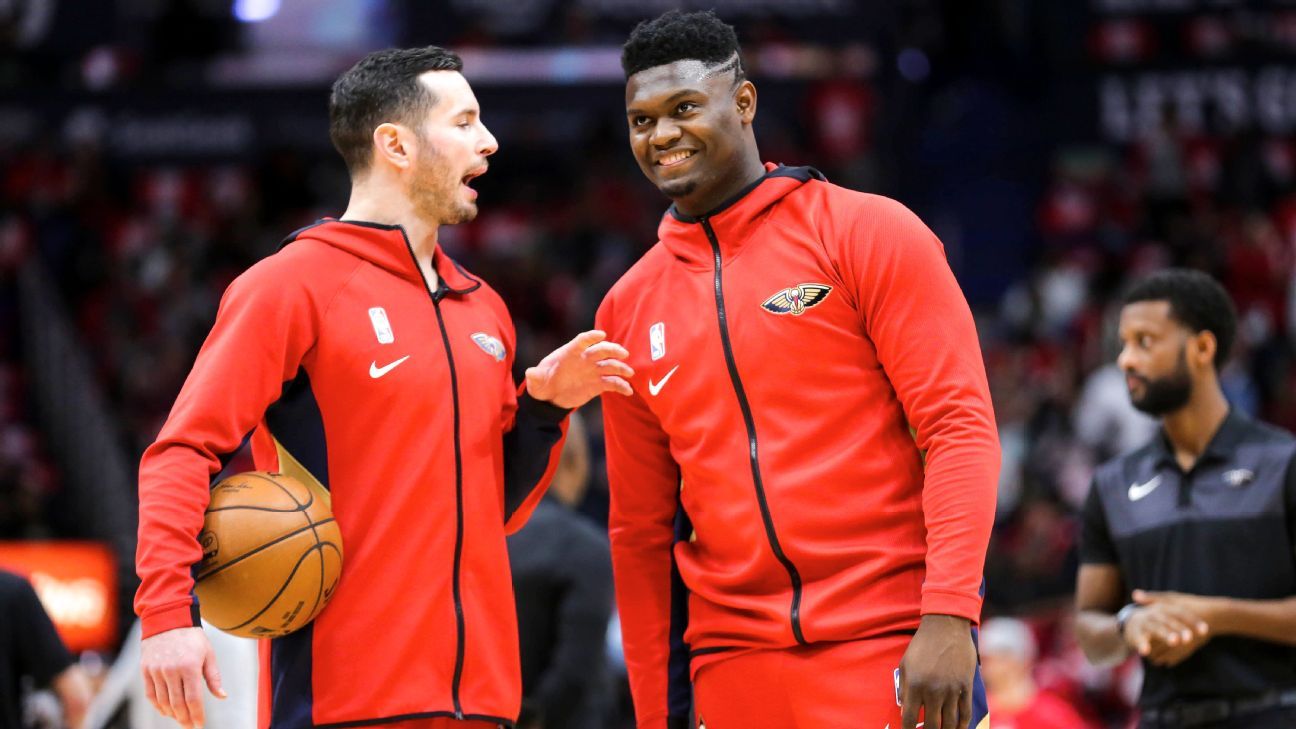 Redick and Williamson were teammates with the Pelicans for parts of the past two seasons before Redick announced his retirement and joined ESPN as an NBA analyst before this season.

Redick said he voiced his concerns with Williamson while in New Orleans.

“This is something I addressed with Zion in front of the team,” Redick said. “This is going back to his rookie year.”

“This is a pattern of behavior with Zion that we are seeing again and again. I was his teammate, I can describe him as a detached teammate, that is an accurate statement.”

Williamson’s possible issues as a teammate came into public view during this past weekend’s All-Star festivities when CJ McCollum said he hasn’t spoken to Williamson since he was traded to New Orleans from Portland at the trade deadline.

“I haven’t had conversations with him directly … I’ve spoken with some people close to him and look forward to sitting down with him sooner than later,” McCollum said Saturday night. “I know about as much as you do right now, but I’m gonna get to the bottom of it.”

Redick said Williamson’s silence toward McCollum is part of a “pattern of behavior.”

“This just shows a complete lack of investment in your team, in the organization, in the city,” Redick said. “I get that he’s hurt and away from the team, but you just traded for one of the 50 best players in the league — a guy that’s supposed to be paired with you. Reach out and say, ‘Hello.’ This is a pattern of behavior with Zion that we are seeing again and again. I was his teammate, I can describe him as a detached teammate, that is an accurate statement.”

Williamson has not played this season after suffering a fracture in his right foot that required surgery over the summer. After there was initial optimism that Williamson would be back for the start of the season, his return has been delayed several times. He is currently working on his rehab away from the team, with sources telling ESPN’s Adrian Wojnarowski that Williamson is rehabbing in Portland, Oregon, with the Pelicans’ blessing.

When he has been healthy, Williamson has been a force. He averaged 27.0 points, 7.2 rebounds and 3.7 assists while playing 61 of the team’s 72 games last season.

Information from ESPN’s Andrew Lopez was used in this report.