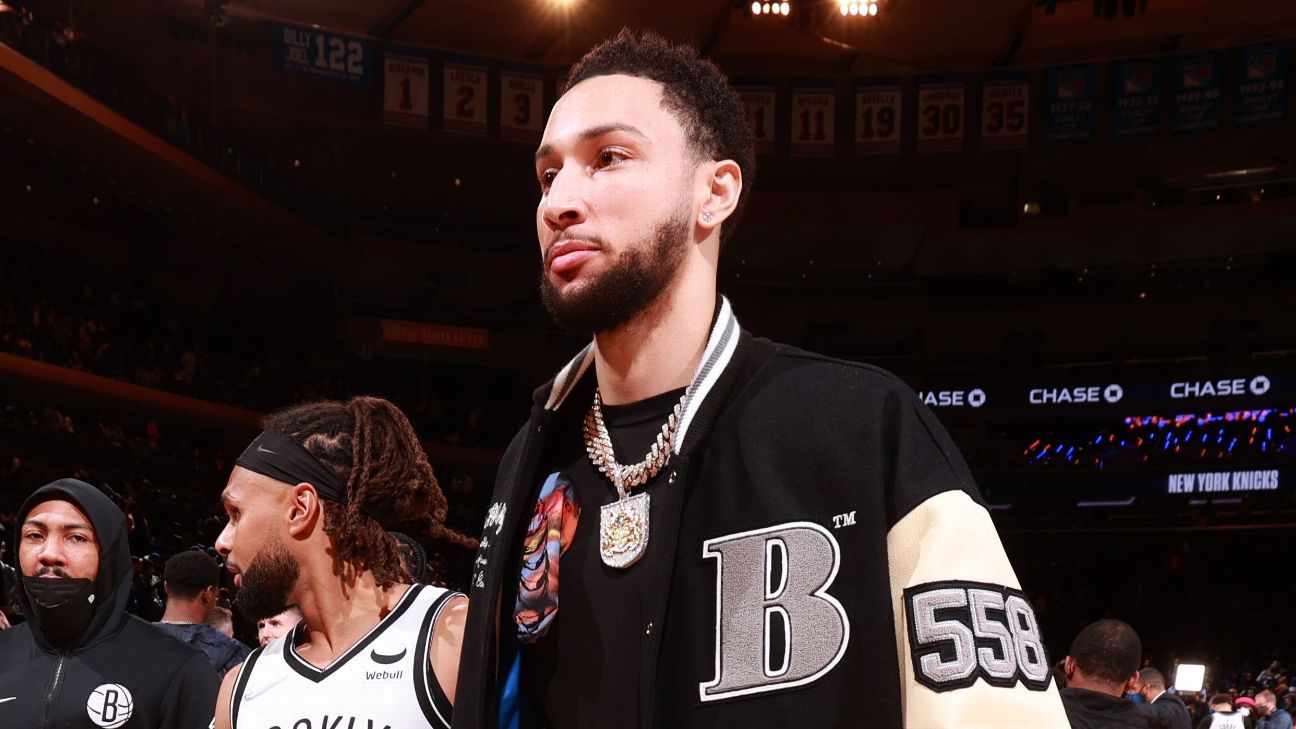 NEW YORK — As Ben Simmons begins a new chapter in his career with the Brooklyn Nets, questions about the divorce he experienced with the Philadelphia 76ers linger.

But as those questions about how he’ll fit with a new team after such a spectacular exit with an old one continue to filter through the league, one of the players who has experienced both parts of the journey with the 25-year-old All-Star guard insists that Simmons doesn’t need to apologize for decisions he made in the past.

Seth Curry, who was acquired by the Nets along with Simmons, Andre Drummond and two future first-round picks in the deal that sent James Harden to Philadelphia, said Simmons will be just fine in a new setting in Brooklyn and that he didn’t feel any air needed to be cleared as the pair started together again with the Nets.

“Business is business,” Curry told ESPN after Thursday’s shootaround. “I said from day [one], even when he was out early in the season, people were asking me if I feel like, if Ben comes back, should he apologize to us or whatever? I understand the business; he doesn’t need to apologize to anybody. When he’s on the court, I know he’s going to do his job and he’s going to do what he does. So I understand the business. He was doing what he felt was best for himself business-wise and personal-wise.

“And the team’s going to do the same thing as far as making trades or whatever, so I understand it, I’ve been around it; I don’t take anything personal. When we’re on the court, we’re teammates. Everything’s fine. And we depend on each other to do good things. There’s been nothing negative he’s done to me personally, so I’m fine.”

Curry’s comments come in the wake of former teammate Danny Green saying on his “Inside the Green Room” podcast that the relationship between Simmons and Curry/Drummond wasn’t “cordial” at the end of the 76ers run because of Simmons’ desire to get moved. Curry pushed back on that notion, saying he felt there was no ill will between the three players.

“The relationship was fine,” Curry said. “He wasn’t around. So I don’t know what [Green] meant by that. ‘Wasn’t cordial,’ I don’t know what that means, but the relationship was fine. He just wasn’t around so we didn’t see him a lot or we didn’t talk a lot. But as far as now, he’s on my [team]. I went to battle with him last year, we did a lot of good stuff and I’m going to go to war with who I’m going to go to war with and who’s on my team, so I’m looking forward to getting back out there with him and doing good stuff.”

Like many within the Nets organization, Curry says he is confident that Simmons will return to his All-Star form as he gets acclimated to his new surroundings in Brooklyn. While it remains unclear when Simmons will play again, he has started working out with his new teammates and is getting some work in with former NBA player — and current Nets roving assistant — Kyle Korver.

“He wanted to be somewhere else and he got what he wanted,” Curry said of Simmons’ Philadelphia exit. “Every time he’s on the court, I think good things happen. When he’s out there playing, he’s a talented player and he does great stuff. Even when stuff was rocky with Philly last year, when he’s on the court, all that stuff goes out the window and we play good basketball. Him and Joel [Embiid] played good basketball together, even when, like I said, [they had] a rocky relationship. So when he’s on the floor, he’s going to play hard no matter what. He’s a smart player, a talented player, makes everybody better, and I’m looking forward to getting back out there with him.”

Most importantly for the Nets, Simmons appears to be in good spirits around his new team, something that becomes even more critical given that the reason he pushed for a trade over the summer was because he didn’t feel his mental health was in a good place with the Sixers.

“He looks fine, he looks good,” Curry said of Simmons. “He looks good. Working back physically, he looks all right. He’s been good around the teammates here, looking real upbeat, positive. It looks like he’s in a better place mentally than I saw him earlier in the year. I’m looking forward to getting him back on the court and doing what we got to do.”

Veteran guard Patty Mills echoed a similar sentiment, reiterating that he believes that Simmons’ best days remain ahead of him. Mills is steadfast in his belief that the Nets can reach a higher point as they prepare for the stretch run over the final two months of the regular season. The Nets have just 23 regular-season games remaining, including Thursday’s contest against the Boston Celtics.

“You feel the energy,” Mills told ESPN of the Nets coming together. “You feel the energy feeding off from other players when you start to gain this momentum and belief for it. I think the best thing for us, in all honesty, was for us to go into the break with a little momentum, have a break, get away for a bit; a lot has happened. Enjoy time with your family, go get some sun, whatever — and now when we come back, reset button, this is what we’re here for. No excuses now. We’re like this [tight] and we’re going to stay like this until the end. Everyone got it. Everyone locked in.

“We’re getting in the trenches and we’re not coming out. That’s where the strength and belief, I guess, comes from. Because that’s why we all came here. Because there’s two different paths of that I believe — the people that came here to win a championship this year, I’m one of them. That part, for me, is a clean part, but also I think a reminder for everyone else that’s still here, I think is good. So now when you get everyone together, it’s this reminding of that clear picture and we get everyone moving in that same direction.”