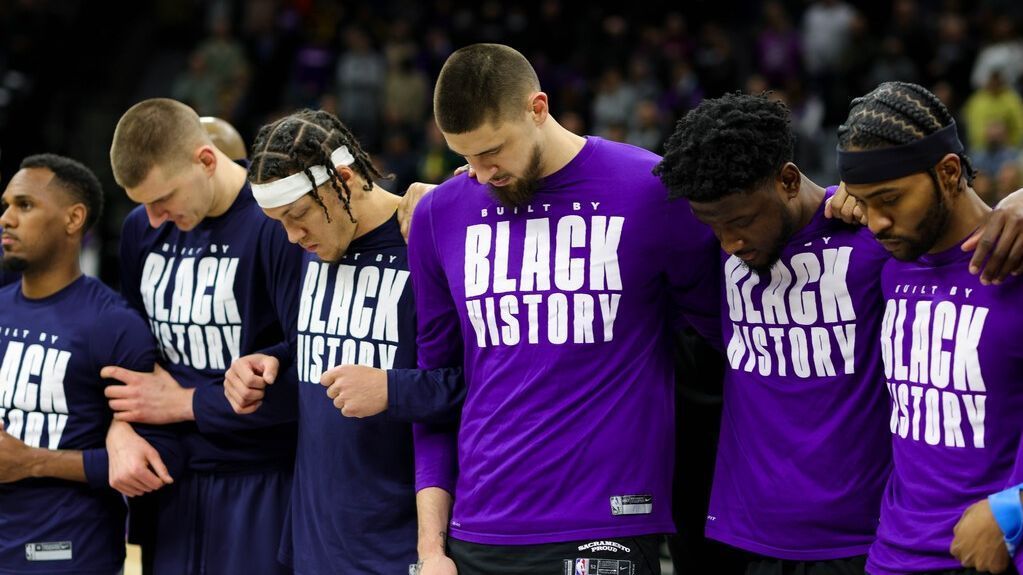 The Sacramento Kings and Denver Nuggets held a moment of silence and linked arms in solidarity with Sacramento center Alex Len and his home country of Ukraine ahead of Thursday’s game at the Golden 1 Center.

“A great tragedy befell our dear homeland Ukraine,” they said in a joint statement on social media. “We categorically condemn the war. Ukraine is a peaceful, sovereign state inhabited by people who want to decide their own destiny. We pray for our families, friends, relatives and all the people who are in the territory of Ukraine. We hope for an end to this terrible war as soon as possible.

“Dear fellow Ukrainians, Hold on! Our strength is in unity! We are with you!”

Len, 28, is a nine-year veteran of the league and a former first-round draft pick by the Phoenix Suns. Mykhailiuk, 24, is in his fourth season and plays 15 minutes off the bench for the Raptors.

“Our thoughts and prayers are with everyone who has been impacted by the recent events in Ukraine, and especially with our Ukrainian players Alex Len and Svi Mykhailiuk and their families during this difficult time,” the NBA Players Association said in a tweet on Thursday.