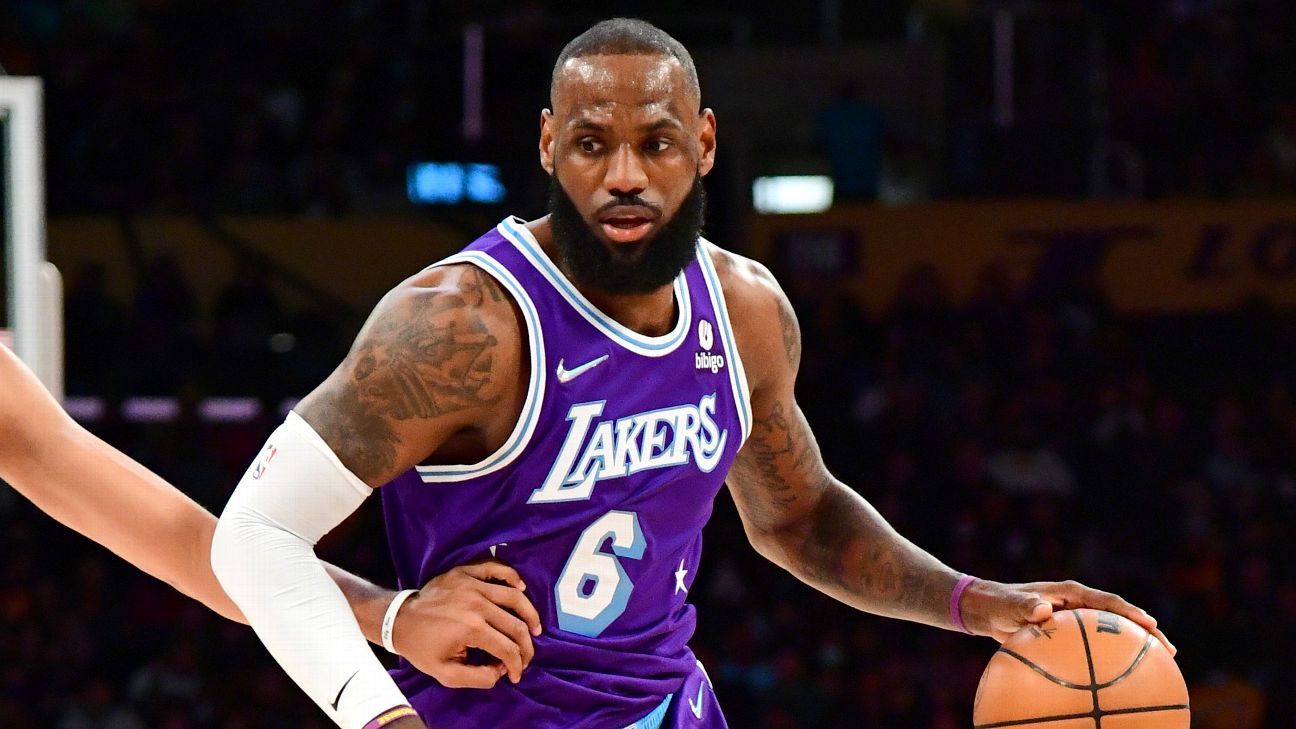 LOS ANGELES — After eyebrow-raising comments made by LeBron James leading up to the trade deadline and continuing through All-Star weekend caused the basketball world to speculate about his future with the Los Angeles Lakers, James made a few things very clear on Friday night.

To begin with, he wants the Lakers — the team he has played for for the past four seasons of his 19-year career — to be the final franchise he plays for.

Along with that aim, James, who is under contract for one more season in L.A. and will be eligible to sign a two-year extension this summer worth north of $97 million, would like to play in the NBA alongside his 17-year-old son, Bronny, who is currently a junior in high school.

“I also have a goal that, if it’s possible — I don’t even know if it’s possble — that if I can play with my son, I would love to do that,” said James, 37. “Is that, like, something that any man shouldn’t want that in life? That’s like the coolest thing that could possibly happen. That doesn’t mean I don’t want to be with this franchise.”

Under the terms of the current collective bargaining agreement, Bronny would not be eligible to play in the league until the 2024-25 season.

James told The Athletic over All-Star weekend in Cleveland, “My last year will be played with my son. … Wherever Bronny is at, there’s where I’ll be. I would do whatever it takes to play with my son for one year. It’s not about the money at that point.”

While it remains to be seen what the next two years would do for Bronny’s draft stock, there are plenty of machinations available for L.A. to position itself to acquire him when he becomes eligible for the NBA through trades or James’ agent, Rich Paul of Klutch Sports Group, communicating to other teams that blocking Bronny joining his father in L.A. by drafting him could make doing business with other Klutch clients more difficult in the future.

James also said he wanted to make it clear that his role with the Lakers is that of a player. Rob Pelinka, the Lakers’ vice president of basketball operations and general manager, might consult with James and Anthony Davis over personnel decisions, but according to James, the buck stops with Pelinka and the rest of the Lakers’ front office and not with him.

“I don’t press no buttons. So we can state that right now.”

“If I comment [on] or compliment the GM that’s in OKC — I really believe he’s done a phenomenal job. And you guys spin that to me saying that Rob is not doing a great job,” James said. “And if I say the GM from the Rams: I loved his f—ing T-shirt. I thought it was dope. And I believe the same way. I don’t care about picks; I care about winning championships. Well, how is that directed at Rob and the Lakers’ franchise? Rob has done the same thing. He went and got AD. He didn’t care about picks as well, obviously.”

James said that the Lakers’ disappointing season — Friday’s loss dropped them to 27-32 with 23 games left to play — has been at the root of much of the speculation about his future.

He said that injuries have sabotaged the chance for him, Davis and Russell Westbrook to build any sort of cohesion in the hopes of becoming a contender. L.A. is 11-9 in the 20 games they’ve been in the lineup together this season.

“I do wish that we were just playing better basketball and between me, AD and Russ on the floor at the same time,” James said. “That’s the biggest disappointment so far, that us three, because we all wanted to see this work. We just haven’t been on the floor.”

James is the No. 3 scorer in league history and has four championships, four Finals MVPs and four regular season MVPs in his storied career. He remains focused on adding as many titles to his resume as he can before he retires.

And he said that the Lakers have given him, and continue to give him, an opportunity to accomplish that, adding that he is “very confident” in the team’s front office.

“They’ve done it. They’ve shown me that,” James said. “Ever since I got here, the front office of Jeanie [Buss], Linda [Rambis], Kurt [Rambis], everybody has welcomed me with open arms and has given me an opportunity to play for a historical franchise and welcomed my family in. And I just try to give back my part of the game and inspire kids and inspire people that want to follow the Lakers and put them back at a level that they’re accustomed to being. And that’s always been my focus.”

Earlier Friday, sources told ESPN’s Adrian Wojnarowski that Paul met with the Lakers’ front office Tuesday and had a positive, clear-the-air type of session to get the sides back in sync in the aftermath of James’ public comments.

Asked about the meeting, James said, “I think it’s important that it always stays transparent between us and we don’t really care about the outside noise. I mean, I think a lot of people are, to be honest, just jealous of the relationship that Rich has with the front office and with this team and with the relationship that I have, that I’ve grown over the last four years. I mean, that’s what I think it boils down to.”