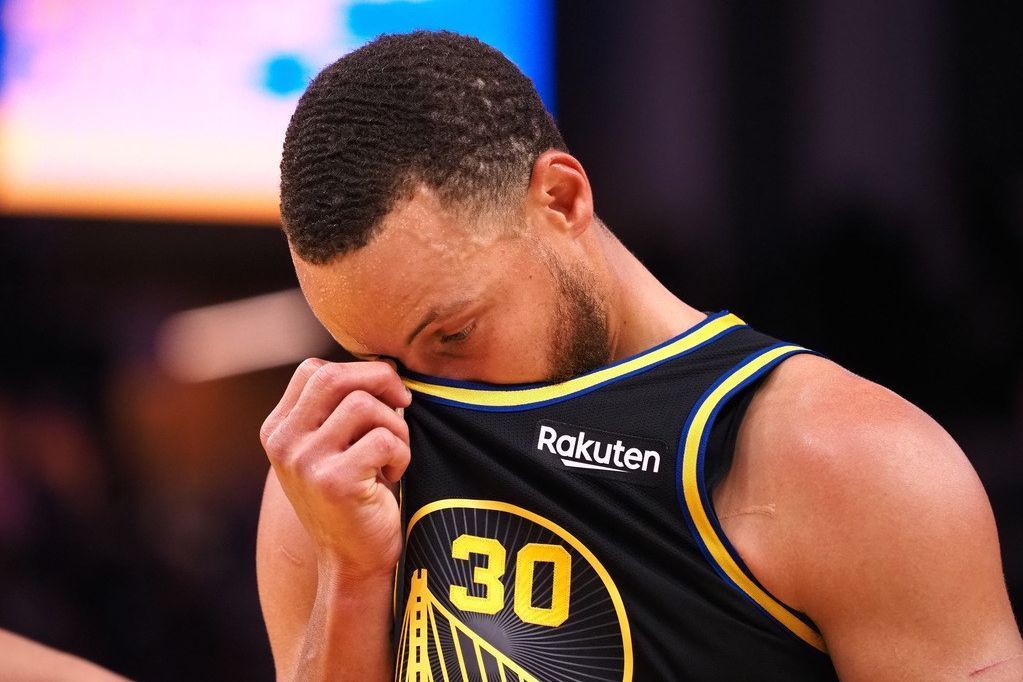 LOS ANGELES — The Golden State Warriors have dug themselves into a deep hole — their 124-116 loss to the Los Angeles Lakers being the latest shovel full of issues.

They’ve lost four games in a row for the first time this season. They’ve dropped eight of their past 10 games. They’ve slid down to third in the Western Conference standings. And there doesn’t appear to be a clear and easy solution for the 43-21 Warriors.

“We have 18 games left, we have to figure out how to turn things around pretty quick.”

Curry did his best not to give in, leading the Warriors with 30 points on 13-of-22 shooting, including 4-of-9 from 3. His teammates off the bench — particularly Jordan Poole and Jonathan Kuminga — did all they could to support him.

But the issues that have been plaguing the Warriors for the last few weeks overtook them again.

“I thought we had several chances to really break this game open,” head coach Steve Kerr said. “This has kind of been a pattern during this bad spell for us. We are not stepping on teams when they are down. We are making mistakes and allowing teams to hang around. And when you do that in this league, you’re dead.”

The Warriors’ problems have ranged from defensive lapses, to not enough production off the bench, to late-game execution — which is where Kerr put the blame for the latest loss.

But there were other problems sprinkled in throughout the night that put the Warriors in a struggle to try to close it out in crunch time.

Golden State went 9-of-19 from the free throw line. Meanwhile, Klay Thompson scored just seven points on 3-of-13 from the floor.

The solution the Warriors have been banking on is the return of Draymond Green. But there is no clear timetable for his return. And problems such as free throw shooting and Thompson’s scoring aren’t things Green’s presence will fix.

As Curry said, the Warriors are trying to fight the losing mentality, but it’s impossible not to notice the shift in morale. The Warriors have gone from a team earlier in the season that could constantly be seen dancing on the sidelines to one that is visibly beating themselves up on the court and off — like Thompson hitting his head with his hand several times after going to the bench at one point in L.A.

It’s become well-known that the level of fun the Warriors are having correlates with their success. And there doesn’t seem to be a ton found throughout that locker room.

“It’s rough right now,” Curry said. “Keeping it plain and simple, it’s rough. We’ve got to find a way to claw our way out because obviously, you’ve seen in the last four games, it’s self-inflicted wounds.

“If the playoffs started tomorrow, we would be in some trouble.”