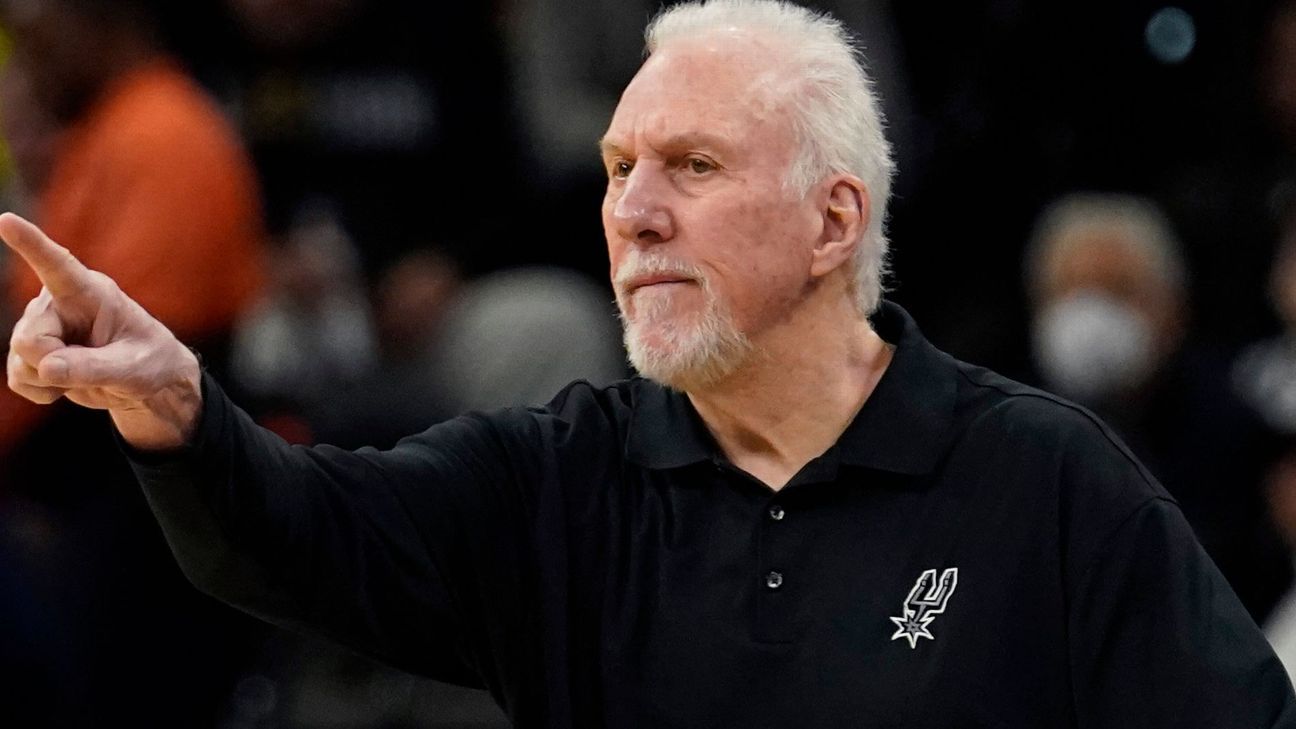 SAN ANTONIO — Gregg Popovich is just one win away from becoming the NBA’s all-time winningest coach.

Popovich tied Don Nelson’s NBA record with his 1,335th career victory as a coach in the San Antonio Spurs‘ 117-110 win over the Los Angeles Lakers on Monday night. And he did so with his typical dry wit in tow.

In fact, during a timeout, Popovich called over to former Spurs center and Basketball Hall of Fame standout David Robinson to suit up and check himself into the game. Robinson was sitting courtside.

The Spurs had lost four straight with Popovich on the precipice of tying the mark. In his 26th season, the veteran coach will try to pass Nelson when San Antonio hosts the Toronto Raptors on Wednesday night.

On Monday, with LeBron James not in the lineup for the road team, the Spurs raced out to a 31-22 lead after the first quarter, and pulled away late with 22 fourth-quarter points.

“I thought we were a little bit quick. Not very patient, but we played good defense down the stretch,” Popovich said. “And that’s what fueled our lead I think.”

Dejounte Murray had 26 points and 10 rebounds, and Jakob Poeltl and Josh Richardson each had 18 points. Richardson was making his first start with San Antonio.

Lakers coach Frank Vogel said, in his postgame media availability, that he has “incredible respect” for Popovich, and that is something synonymous with most coaches around the league.

“Certainly happy for him, wish it wasn’t against us,” Vogel said. “But Pop is the best.”

Richardson concurred, and said the Spurs are hoping they can break the record in that next game. Though he hasn’t been in San Antonio long, Richardson made mention of just how much Popovich has meant to the NBA, its players and Team USA, as well.

But the record isn’t the only focus for an improved San Antonio team that is 2.5 games away of the Western Conference postseason play-in tournament cutoff line. In fact, Poeltl said Popovich’s record is something that is not being talked about in the locker room.

James has missed 17 games this season due to various injuries, including abdomen and ankle ailments. Vogel said he is hopeful James will play Wednesday against the Houston Rockets.