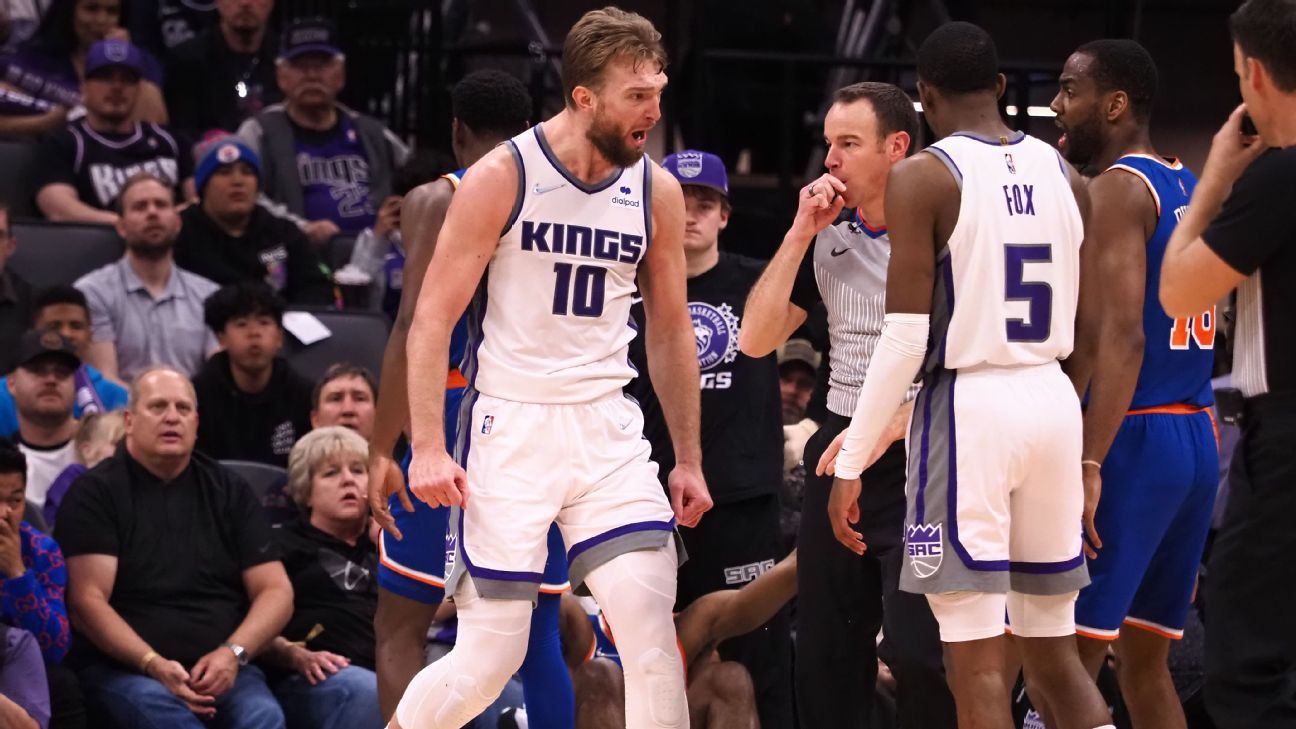 The NBA suspended Sacramento Kings center Domantas Sabonis for one game without pay for “aggressively confronting and making contact with a game official,” the league announced Wednesday.

Sabonis was ejected in the Monday night game against the New York Knicks with 4:35 remaining in the fourth quarter at Golden 1 Center in Sacramento, California. The NBA said that after Sabonis received a technical foul for his reaction to a foul call he “approached and bumped the official in a hostile manner,” resulting in a second technical.

The suspension will cost Sabonis $127,586, according to ESPN’s Bobby Marks.

He is averaging 17.4 points, 12.8 rebounds and 5.9 assists in 11 games for Sacramento since being acquired in a trade from the Indiana Pacers before the deadline.