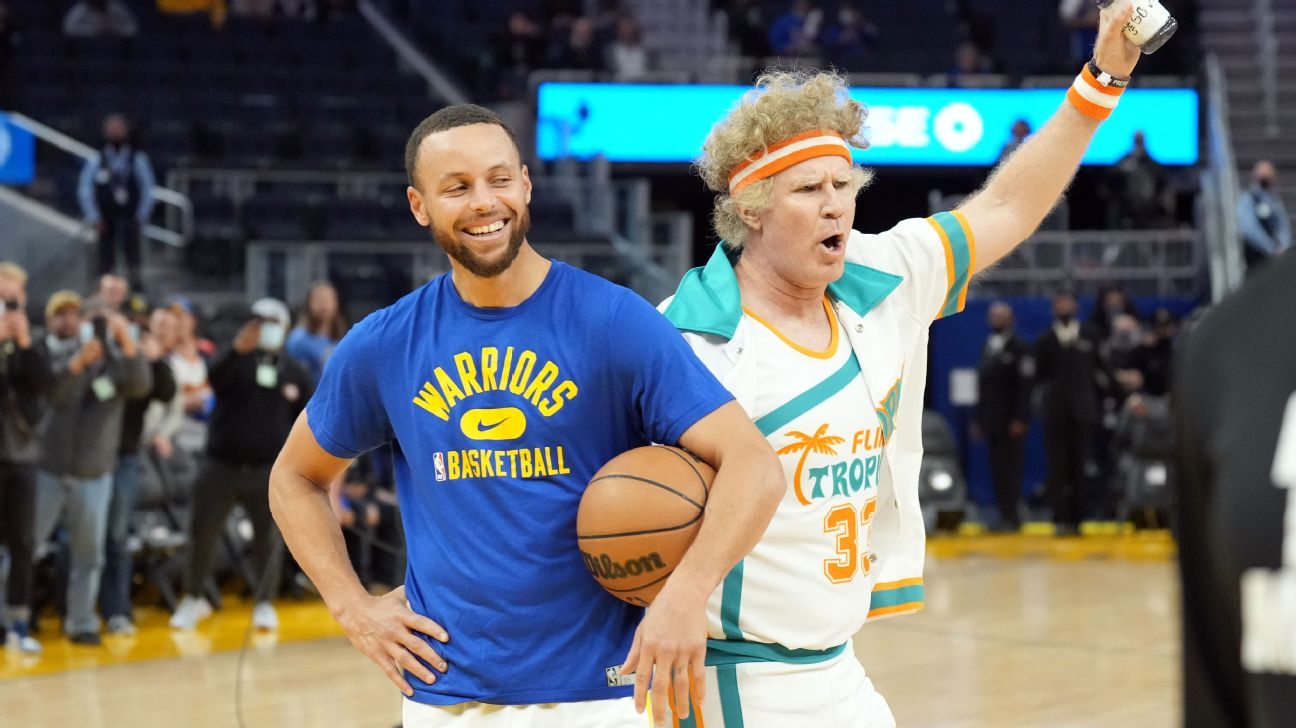 SAN FRANCISCO — Will Ferrell screamed and put a hand in Klay Thompson‘s face as the Golden State Warriors star lofted a baseline 3-pointer.

Ferrell took the floor and warmed up with the Warriors on Tuesday night — maybe just what coach Steve Kerr’s team needed before facing the LA Clippers while mired in a five-game losing streak. The Warriors went on to win 112-97, with Thompson scoring 20 points.

The comedy star donned a vintage-style headband and dressed in his Jackie Moon jersey from the 2008 hoops film “Semi-Pro,” a moment that was meant especially for Thompson — who dressed as Moon for Halloween three years ago and loves the movie.

Thompson watched it repeatedly during his two-year rehab from major surgeries on his knee and Achilles tendon, saying: “When I had some dark days I would put that movie on and it would make me smile. I’m very thankful for that film.”

He added, “That was so cool, dreams do come true.”

Kerr explained how Ferrell came to take the floor at Chase Center.

“He actually emailed me a while back and I didn’t believe it was him,” Kerr said. “So, we exchanged a couple of emails and concocted a plan. You know he is a huge Klay Thompson fan, and he knows how much Klay loves dressing up as Jackie Moon, so it felt like a natural fit and it felt like the time to do it, too — make everyone laugh in a tough stretch in the season and he was great. He came into the locker room and made the guys laugh. Everybody loved seeing him and hearing from him. He’s hilarious. It was just something different.”

Ferrell banked in a half-court shot on his second try during warm-ups and passed to Stephen Curry, even using his foot to kick the basketball to the reigning scoring champ before Curry knocked down a 3 to complete his pregame routine.

“I’m under contract,” Ferrell told The Associated Press. “So this is the very first tryout with the team, let’s see what happens.”

How fun was that?

And that sweet shot from half court? Zero humility here.

“I make those in my sleep.”

The Warriors and their crowd loved every minute of Ferrell’s surprise appearance.

“It was fun, and I’m glad we took advantage of it,” Curry said. “… I think we fed off the energy. I was actually surprised, his form, he actually had some good rotation on the ball, and endless energy. I don’t know how.”

When Ferrell appeared, he bent down and stretched out briefly before taking a short baseline jumper.

“Hey!” Curry hollered in delight, “You’ve got to jump for those!”