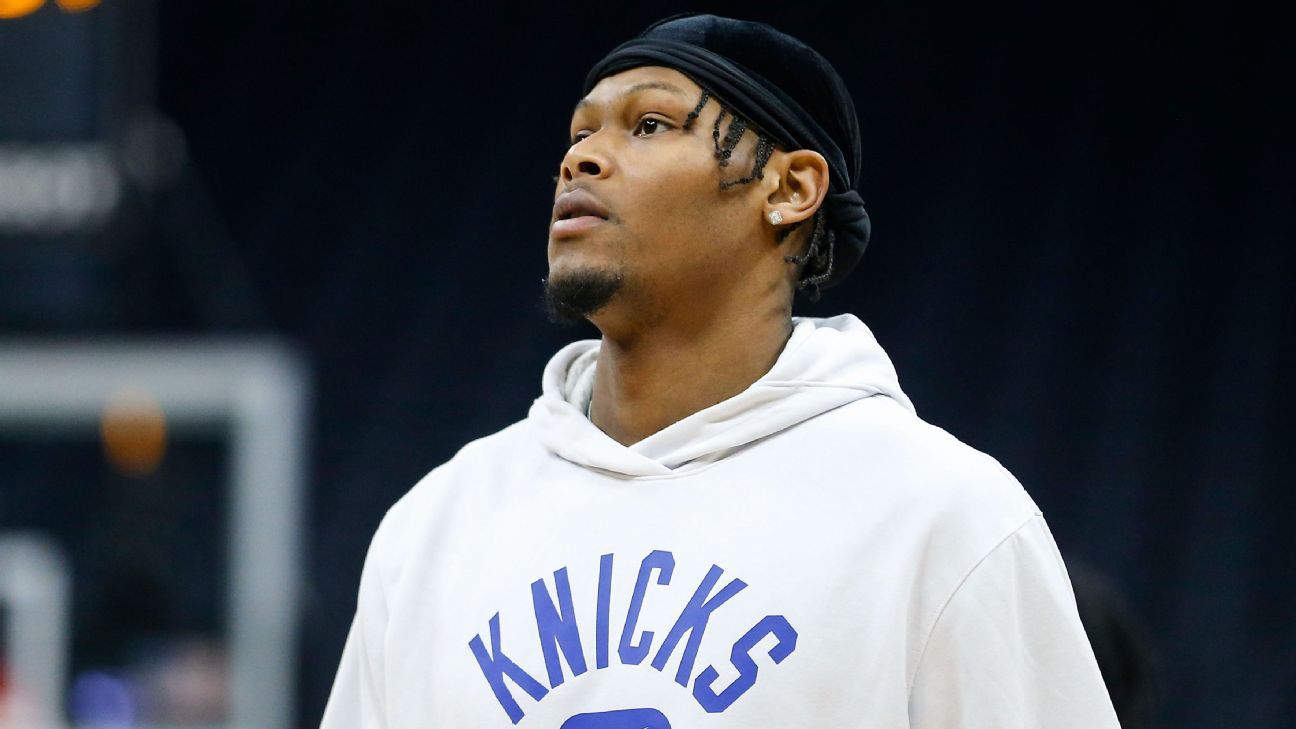 New York Knicks forward Cam Reddish will miss the rest of the season with a right shoulder separation, the team announced Thursday.

Reddish’s timeline for recovery will be six weeks, so he is expected to be able to have a full summer of work ahead of the 2022-23 season, sources told ESPN.

Reddish, 22, had played an increasing role with the Knicks since the All-Star break but injured the shoulder in a fall against the Sacramento Kings on Monday.

Reddish will be eligible to negotiate his rookie contract extension with New York this summer. The Knicks — 28-38 and on a three-game winning streak — had hoped to get a good look at Reddish ahead of his rookie extension talks, but he’ll now miss the final 16 games of the regular season.

Reddish arrived to the Knicks in a Jan. 10 trade after several teams pursued deals with the Atlanta Hawks to acquire him.

The Knicks traded a 2022 first-round draft pick via the Charlotte Hornets and forward Kevin Knox II to the Hawks for Reddish, Solomon Hill and a 2025 second-round pick.

Reddish, the 10th pick in the 2019 draft, was hampered by an overpopulated Hawks roster of talented young wing players. That ultimately left him without the role or pathway to a contract extension — and the Hawks made it a priority to move him. Prior to the trade to the Knicks, Reddish had averaged career highs in points (11.9), field goal percentage (40%) and free throw percentage (90%). He also shot 38% on 3-pointers this season, up from 26% last season.

In 15 games with the Knicks, Reddish averaged 6.1 points in 14.3 minutes. He had his best performance as a Knick with 17 points in Sunday’s victory over the LA Clippers.