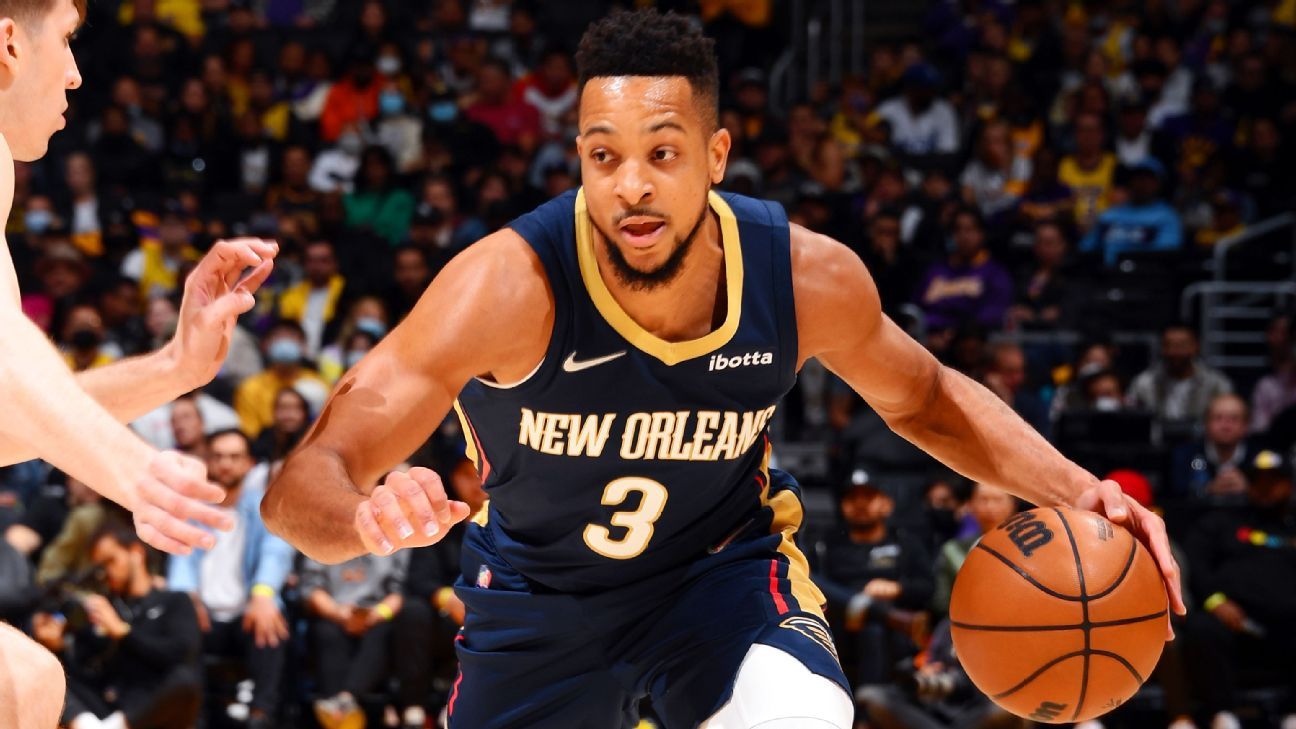 One day after announcing Brandon Ingram would miss at least a week with an injury, the New Orleans Pelicans suffered another blow Thursday when the team announced it was placing guard CJ McCollum in health and safety protocols.

McCollum had 32 points and eight assists for the Pelicans on Wednesday in their 108-102 loss to the Orlando Magic.

Ingram was diagnosed with a right hamstring strain and will be reevaluated in the next seven to 10 days.

The Pelicans will likely be without both of their leading scorers for the remainder of the current homestand when they host Charlotte, Houston and Phoenix.

New Orleans is 27-39 this season and at No. 10 in the Western Conference standings. The Pelicans are 1½ games behind the Lakers for No. 9 and 1½ games up on the Portland Trail Blazers.