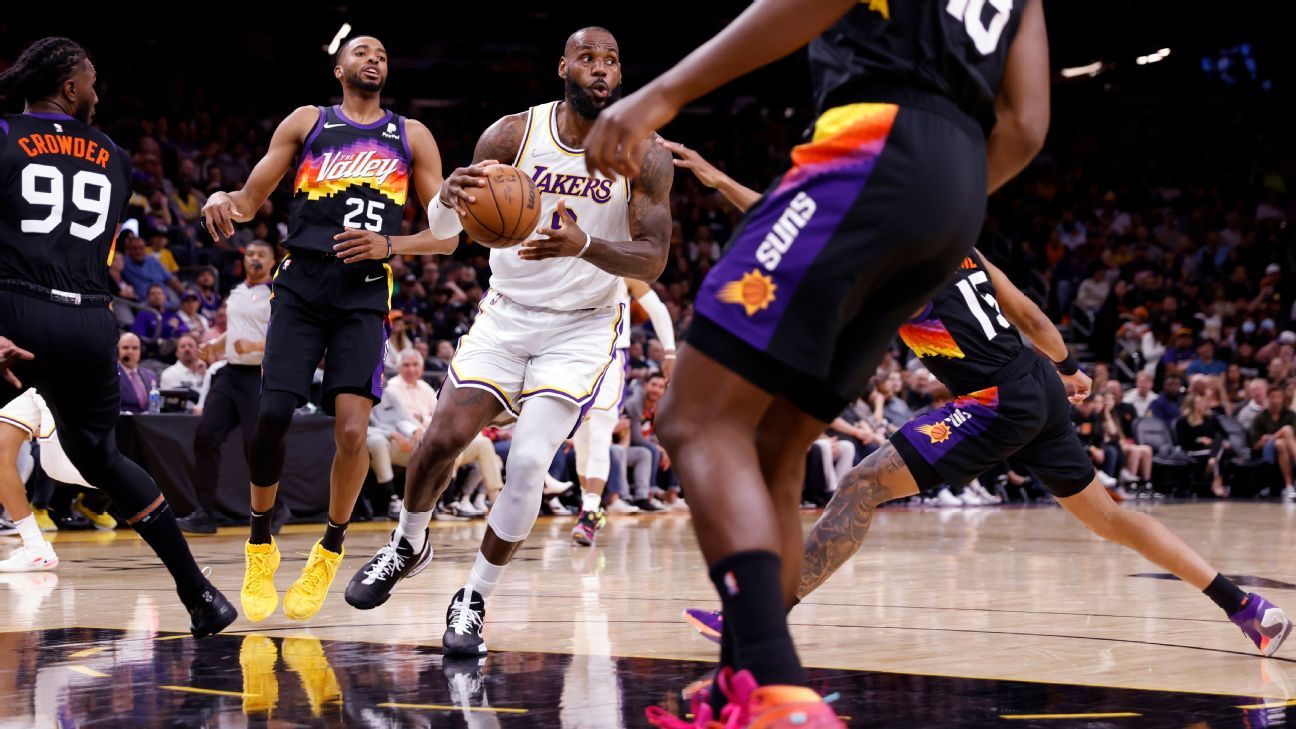 PHOENIX — LeBron James created a statistical category all to himself Sunday, becoming the first player in league history to reach the 10,000 plateau in points, rebounds and assists in the Los Angeles Lakers‘ 140-111 loss to the Phoenix Suns.

“To now sit alone at a statistical category in this league that I’ve really modeled my game after: being able to score, rebound and assist,” James said after finishing with 31 points, 7 rebounds and 6 assists against the Suns. “I sit alone at a stat is pretty like — I’d say ‘cool,’ but it doesn’t quite make sense to me.”

James set the mark by passing the ball to Carmelo Anthony for a 3-pointer early in the second quarter, notching his second assist of the game and 10,000th of his career.

“I get lost for words anytime things like this are happening to me because of where I come from,” he said. “I automatically start thinking to my hometown of Akron [Ohio] and my upbringing and where I come from and the dreams that I had of being in this league and playing at the highest level.”

He walked out of Footprint Center with the game ball tucked under his right arm, with the date of the game and the stat milestone noted on the ball in black magic marker.

The accomplishment came during a blowout loss in a losing season, a disappointing wrinkle to the night that James acknowledged.

“It’s an honor to be a part of this league and no matter what’s going on this season, you try to take the victories that happen throughout the course of a long marathon,” he said. “And tonight is one that happened not only for myself but for my family and friends.”

Brown vows to be better after missed FTs sink C’s
Grizzlies, others speak out on Tyre Nichols’ death
Sources: AD in line to return for Lakers vs. Spurs
NBA Scores: How Damian Lillard pulled off the most efficient 60-point game ever
Best NBA prop bets today (Expect big game for Joe Harris)