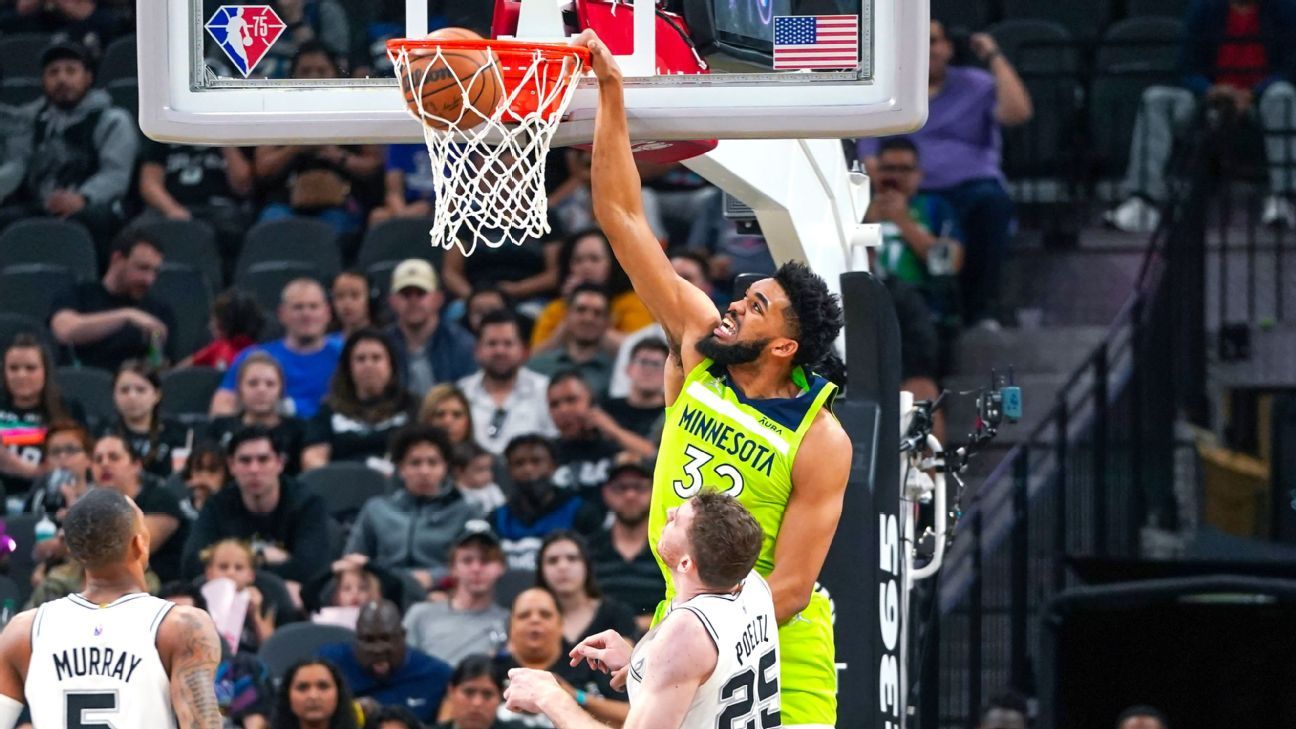 SAN ANTONIO — Karl-Anthony Towns had a team-record 60 points — the most scored in the NBA this season — as the Minnesota Timberwolves outlasted the San Antonio Spurs 149-139 on Monday night.

Towns shot 19-for-31 and grabbed 17 rebounds in surpassing his previous career best of 56 points against the Atlanta Hawks on March 28, 2018 — which had been the franchise mark. Los Angeles Lakers star LeBron James and Hawks guard Trae Young previously shared league-high honors this season with 56 points.

Minnesota’s 7-foot All-Star capped his dazzling performance by draining a 3-pointer with 1:39 remaining, shortly after making one of two free throws to reach 57 points.

Towns also became the first No. 1 overall pick to score 60 since James’ only career 60-point performance in 2014.

Towns is the first player in NBA history to reach the benchmark of 60 points, 15 rebounds and 60% 3-point shooting in a game.

The teams combined for 148 points in the first half, shooting 58-for-100 while playing at a frenzied pace. San Antonio opened the game 4-for-5 on 3-pointers, and Minnesota shot 75% from the field during the first seven minutes of the opening quarter.

Towns had 14 points and five rebounds while playing the entire first quarter against Jakob Poeltl and Zach Collins.

The game got chippy in the third with Wolves guard Patrick Beverley getting entangled with Dejounte Murray and Collins on separate possessions. The skirmishes fueled a 16-7 run for the Wolves that gave them a 112-99 lead with 2:30 remaining in the quarter.

Towns scored 32 points in the quarter, the fourth-most in a single quarter over the past 25 seasons.

Towns had 56 points through the first three quarters. He sat down with 6:34 remaining in the final period shortly after picking up his fourth and fifth fouls within 45 seconds, but returned to the floor with three minutes remaining to set his career high.