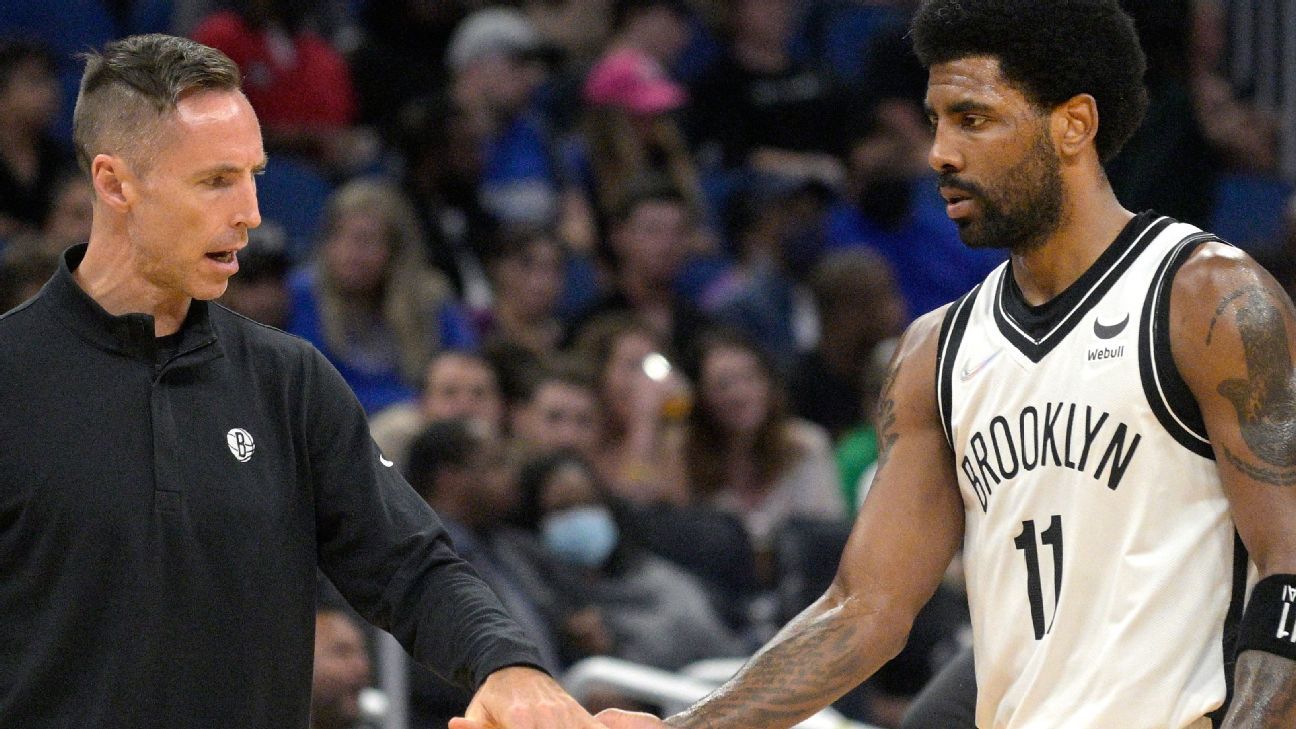 ORLANDO, Fla. — Brooklyn Nets guard Kyrie Irving put together one of the most impressive offensive halves of basketball in recent NBA history during Tuesday’s game against the Orlando Magic, scoring 41 points in a dominant performance.

In 23 first-half minutes, Irving went 14-for-19 from the field, 6-for-7 from beyond the arc, 7-for-7 from the free-throw line, while adding three rebounds and three assists. By the end of the half, Irving earned cheers from the Magic crowd each time he hit another shot. After hitting another three late in the half, Nets star Kevin Durant waved towards the crowd to get them to cheer even louder as Irving walked to the bench to accept even more congratulations from his teammates.

Irving, 29, set a variety of records in the first half. It was the highest scoring half of his career and the highest scoring half for any player all season. The last player to score as many as Irving was Phoenix Suns guard Devin Booker who scored 51 points in the second half of a March 24, 2017 game against the Boston Celtics. Booker finished that game with 70 points.

Irving, who is currently only able to play in road games because of New York City’s vaccination mandate, came into the game averaging 30.3 points a game in three March contests, including a 50-point performance in a March 8 win over the Charlotte Hornets. He spent a couple minutes on the bench during the first half while getting his left hand checked out by the Nets training staff. He appeared to be in a little bit of discomfort, but stayed in the game after getting a wrap around his thumb.