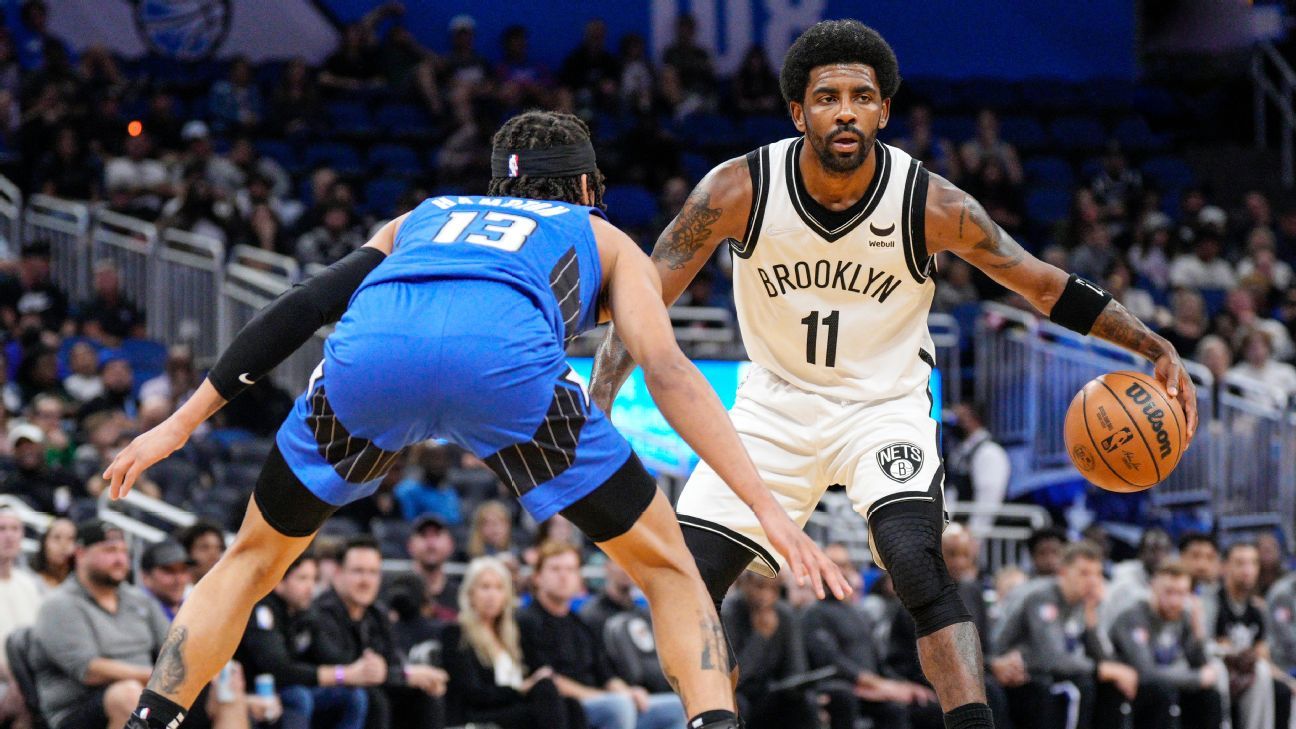 Kyrie Irving might have just had the game of his life. The 29-year-old Brooklyn Nets guard dropped 60 points en route to his team’s 150-108 win over the Orlando Magic on Tuesday night.

Irving shot exceptionally well, going 20-for-31 from the field and 8-for-12 from beyond the arc. He scored 41 in the first half alone — the most anyone has scored in a single half since Devin Booker‘s 51 in 2017. He now holds the Nets’ franchise record for points in a single game. The win, the Nets’ fourth in a row, puts them at 36-33 for the season.

Irving is the latest player to score at least 50 points in March. His performance Tuesday night ties an NBA record for most 50-point games in a single calendar month. LeBron James (twice), Jayson Tatum, Kevin Durant and Karl-Anthony Towns have the others. Combined with Towns’ 60-point performance Monday, it’s the first time players have scored 60 points on consecutive days since 1962, when Wilt Chamberlain did it all by himself in back-to-back games.

As expected, the NBA went wild on social media with praise of Irving’s historic game.

Kyrie really the most skilled player ever. Not even sure its a debate.

The League is UP right now , everybody hoopin

Bron lit a match in the league dropping those two 50pt games. Kat drops 60 last night kyrie drops 60 tonight. Love these boys trying to 1 up each other. Who’s next???
Playoffs bout to be CRAZY 🔥 🔥🔥

@KyrieIrving putting on a show!!!

Kyrie is so tough smh