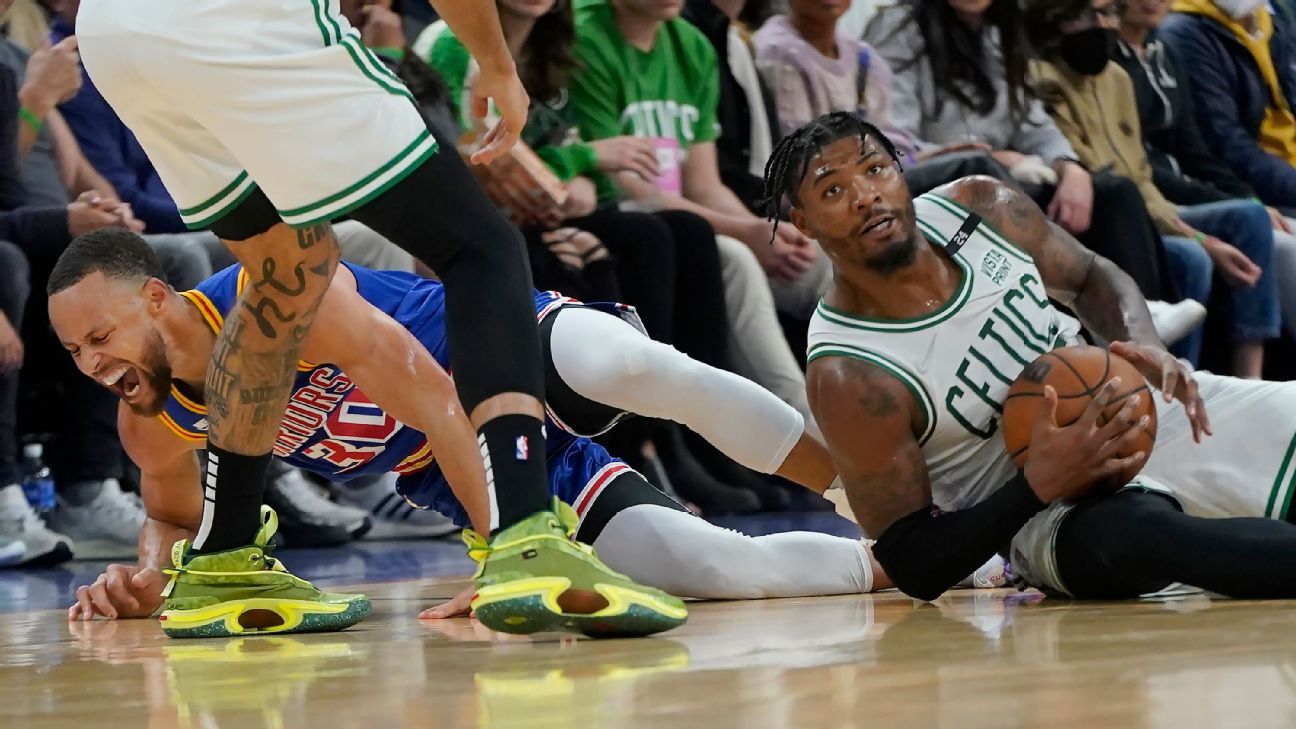 Golden State Warriors star Stephen Curry is expected to return for the start of the Western Conference playoffs with a left foot sprain, but will undergo further evaluation with specialists, sources told ESPN.

Curry and the Warriors are conferring with Dr. Richard Ferkel, a renowned foot specialist, on the injury, sources said.

Curry suffered the injury in a collision with Boston Celtics guard Marcus Smart on Wednesday night, and an MRI overnight revealed the foot sprain. There’s no structural damage and Curry is believed to have avoided serious injury, sources said.

The play occurred in the second quarter when Curry and Smart dove for a loose ball and Smart rolled on top of Curry’s leg. Curry initially tried to walk off the pain but left the game after being checked out on the bench. After halftime, he was ruled out for the rest of the night.

Neither Warriors coach Steve Kerr or forward Draymond Green called the play on which Curry was injured dirty but deemed it “dangerous” and “unnecessary.”

“I saw the ball, I dove for the ball, trying to make a play,” Smart said after the game. “Unfortunately, that occurred.”

Curry’s injury comes just two games after Green returned from a back injury that held him out two-and-a-half months. Curry, Green and Klay Thompson, who returned from two-and-a-half-month hiatus in January, have played just 11 minutes together this season.

“It seems like every time we get someone back, someone else goes down,” Green said. “So, it’s definitely a worry.”