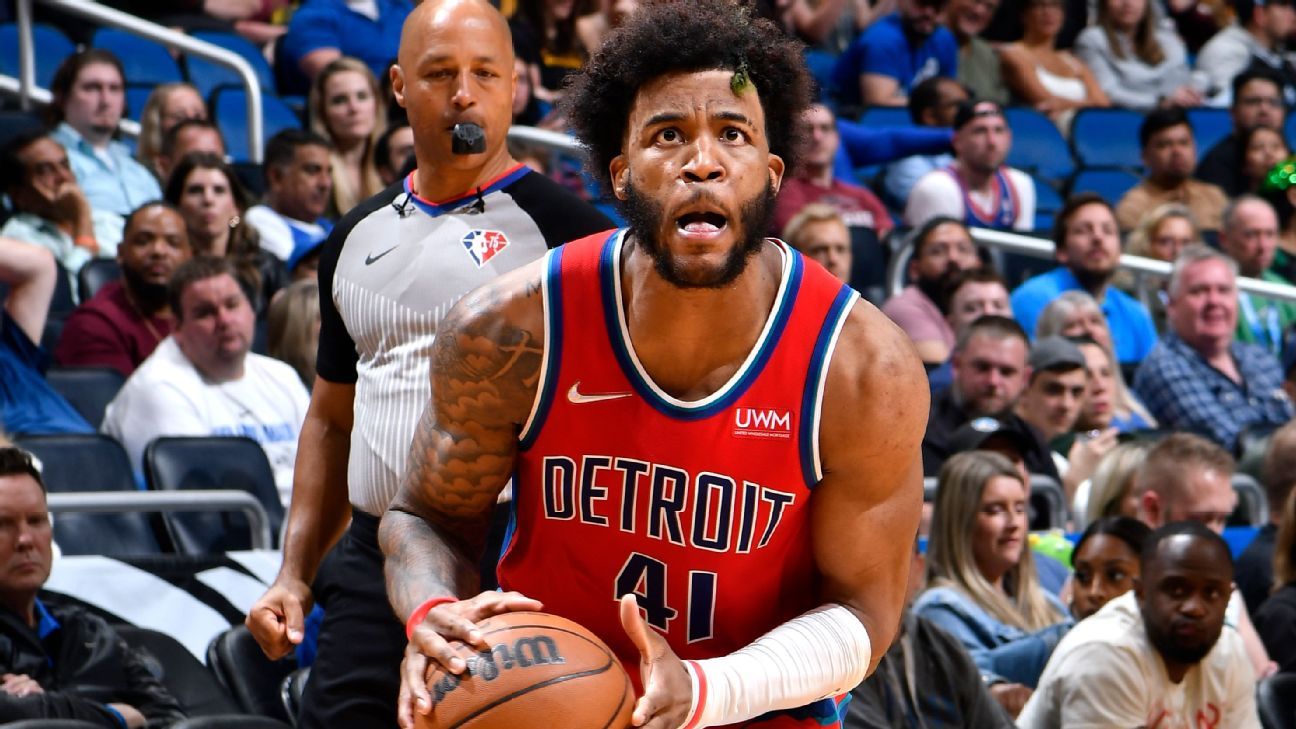 ORLANDO, Fla. — Saddiq Bey went off for a career-high 51 points in the Detroit Pistons‘ 134-120 win over the Orlando Magic on Thursday night, continuing what has already been a torrid month of individual scoring in the NBA.

Bey’s performance marked the NBA’s eighth 50-point game in March, the most in one calendar month over the past 50 seasons, according to ESPN Stats & Information research. The last month with more was December 1962, when there were nine 50-point games.

Overall, there have been 17 50-point games this season, and Bey is the 13th player to pull the feat this season, matching the most in a season in NBA history. At 22, he is the youngest player with a 50-point game in Pistons history, according to ESPN Stats & Info.

Bey finished the first half in spectacular fashion, scoring five points in less than five seconds. He hit a 20-footer while falling out of bounds with 8.8 seconds left, came up with a back-court steal and made a 3-pointer with 3.9 seconds left, leaving the Pistons with a 73-62 lead.

The Magic scored the first nine points of the game, but that lead was quickly erased by Bey. The Pistons moved ahead for keeps on a dunk by Isaiah Stewart that broke a 50-50 tie midway through the second quarter.