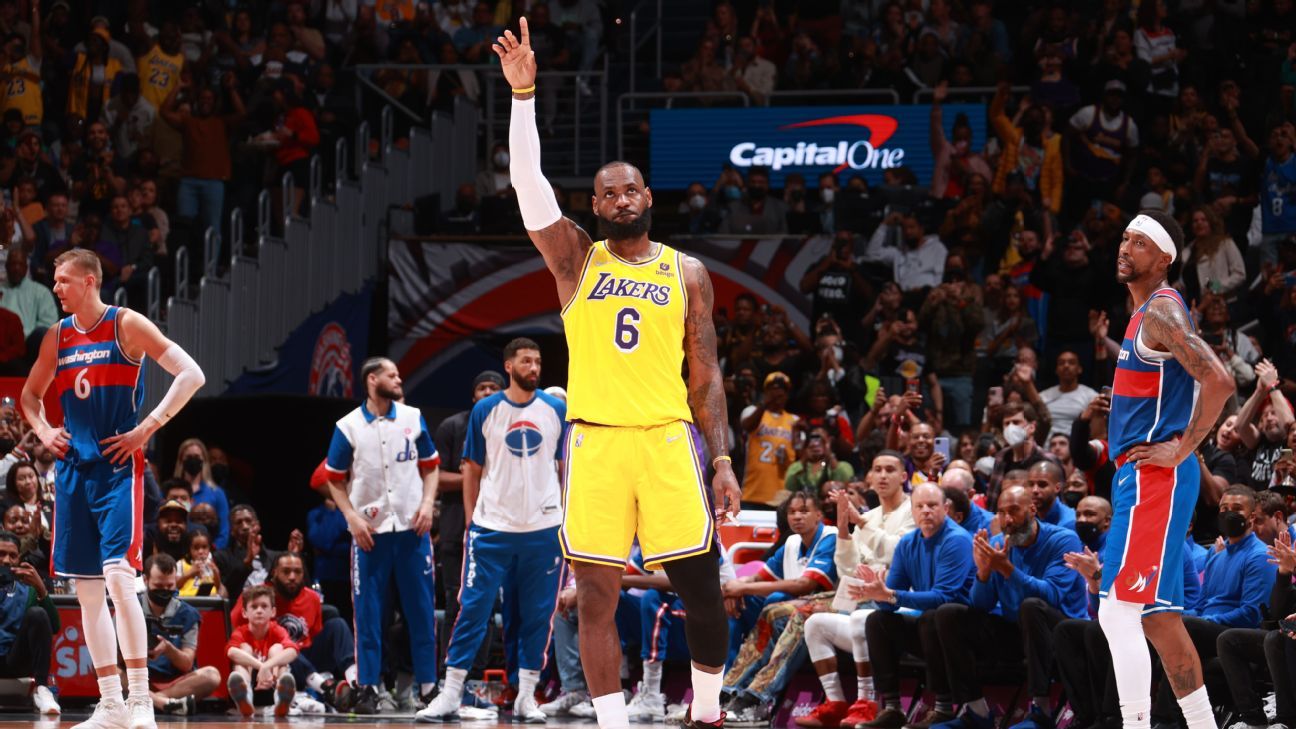 WASHINGTON, D.C. — With a cut to the basket and an uncontested driving layup, Los Angeles Lakers star LeBron James became the NBA’s all-time second leading scorer Saturday night in the second quarter against the Washington Wizards.

There was some uncertainty about whether James would play Saturday after logging 45 minutes in an overtime win at the Toronto Raptors on Friday night. But James tested his knee before the game and was announced in the starting lineup not long before tipoff.

James was asked on Friday night if he sees any similarities between himself and Malone in that they both are known for their longevity and fitness.

“Absolutely,” James said. “Guys that just took care of their bodies for the majority of their career and always wanted to be available to their teammates. The most important leadership for you is to try to be available as much as possible on the floor. I think myself and him, we always just tried to be in uniform and make plays and stay in condition and try to stay healthy, stay injury-free as much as you can and also be productive on the floor — so yeah, absolutely.”

At 37, James entered the game averaging 29.7 points per game, third in the NBA behind the Philadelphia 76ers‘ Joel Embiid (30.0) and the Milwaukee Bucks‘ Giannis Antetokounmpo (29.8).

But James said he is focused on trying to win more games as the Lakers fight for a play-in spot.

“And obviously, the frustration of losing and things of that nature, obviously, in the heat of the battle, you feel it that way; but it’s a joy to play the game and it’s a joy to go out there and play at this level at this point in my career, so I’m still having a blast.”

Jonathan Kuminga confirms Kyrie Irving is a tougher cover than Ja Morant
What do the Boston Celtics need to accomplish at the trade deadline?
Stephen A.’s solution to fixing the NBA Slam Dunk Contest 🏀 | First Take
Warriors were HYPED for Klay’s return 🔥🙌 | #shorts
The Whiteboard: Ranking buyers and sellers at the NBA Trade Deadline