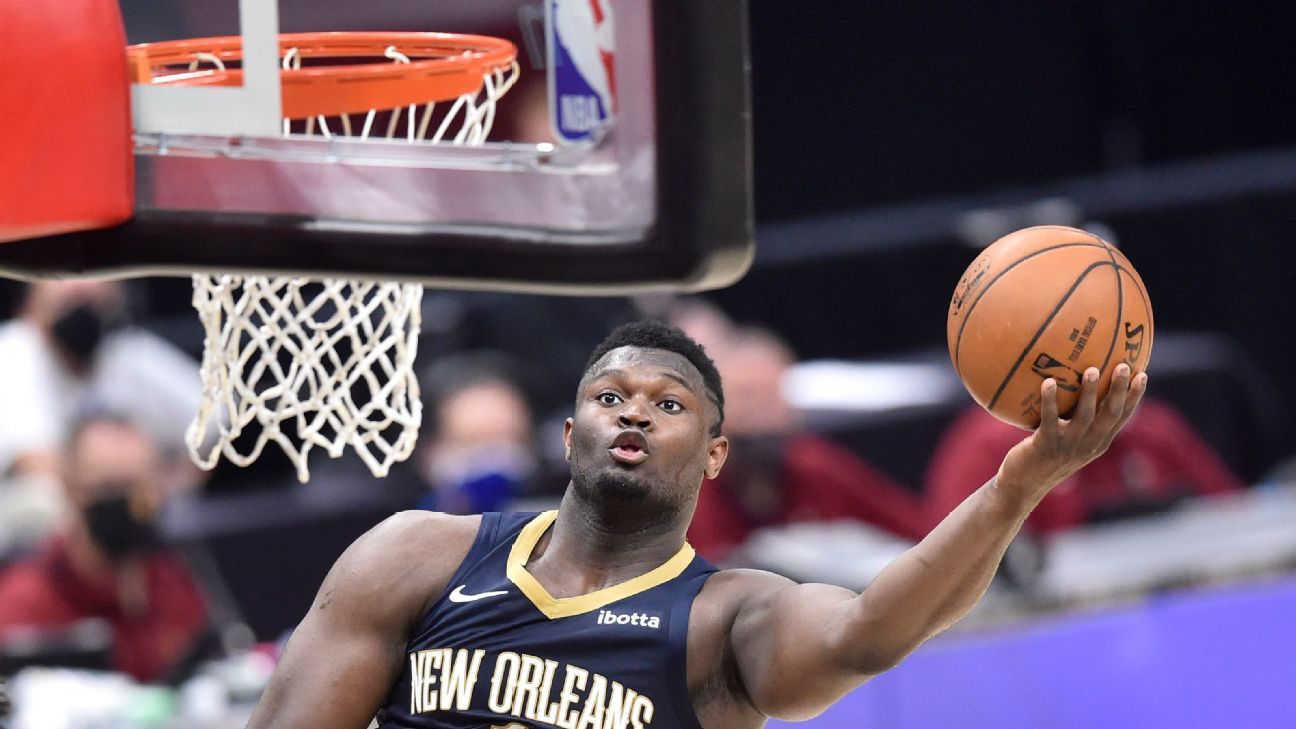 New Orleans Pelicans forward Zion Williamson has tried to keep a low profile on social media while rehabbing his fractured right foot that has kept him out the entire 2021-22 season.

That changed on Tuesday night.

Williamson posted a 5-second clip to his Instagram story showing him at the Pelicans’ facility throwing the ball off the backboard, catching the ball and going between his legs before finishing with a left-handed slam.

Williamson returned to the New Orleans area on March 5 after spending two months in Portland continuing his rehab.

Since he has been back, he hasn’t been cleared by the team to do much on-court work. During the portions of practice that have been open to the media, Williamson has done just some light shooting — without jumping — with his player development coaches.

The Pelicans have not given any official update on Williamson’s status since March 5 when the team said he was showing improved signs of bone healing and that he would gradually progress to full weight-bearing exercises and basketball activities.

It was announced Williamson suffered the fracture at media day in September, when there was optimism from both the front office and Williamson himself that he could be ready for the start of the regular season.

Instead, Williamson has suffered numerous setbacks throughout the season.

He was close to making a return in December and was set to undergo his first practice with the team on Dec. 2, but instead, the Pelicans held him out and announced he was dialing back his progression to 5-on-5 work.

On Dec. 11, the team announced he was going to be dialed back even more, and six days later he underwent an injection in his foot to help facilitate the healing process.

In January, he temporarily left the team to continue his rehab in Portland before returning at the start of this month.

In three seasons, Williamson has played just 85 career games including 24 his rookie season when he missed the first 13 weeks of the season because of a torn meniscus in his right knee. Williamson’s original timeline for that injury was 6-8 weeks.