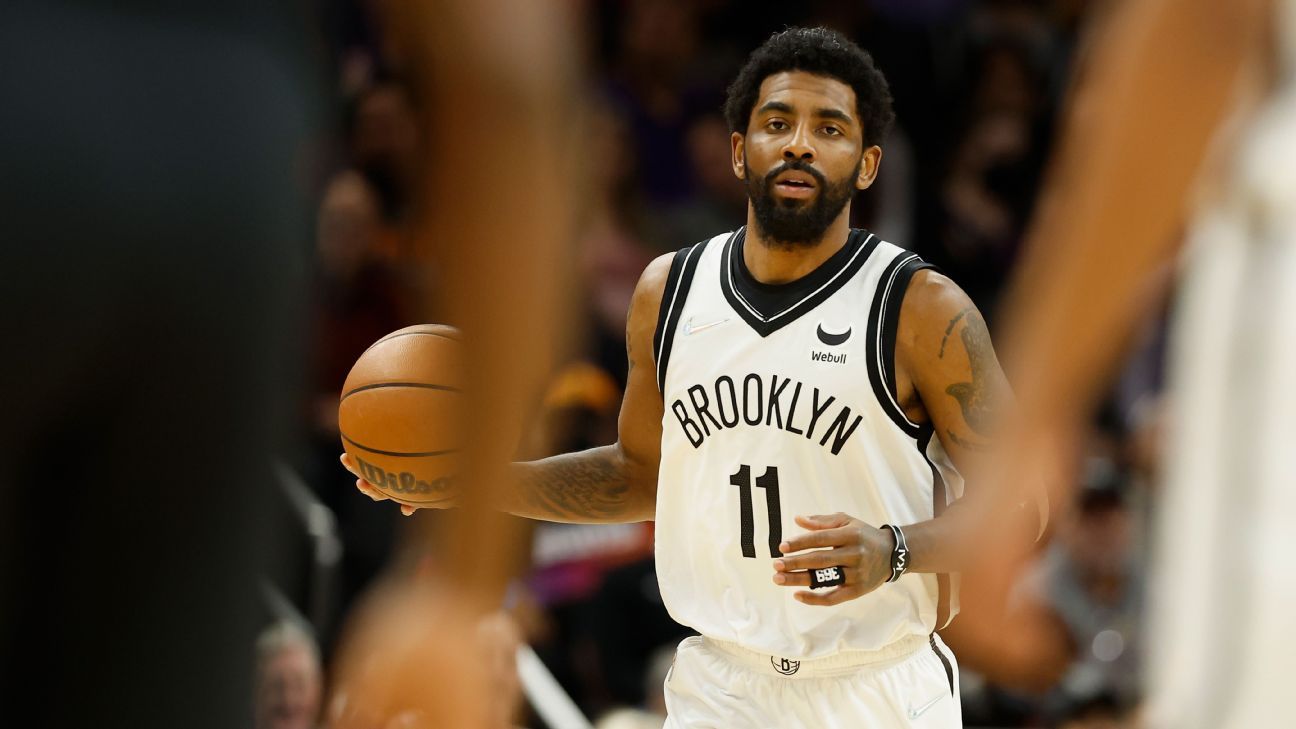 The progress toward further changes to New York City’s private-sector vaccine mandate has inspired confidence that Brooklyn Nets star Kyrie Irving could be back on the court for home games at the Barclays Center in the near future and that New York Yankees and Mets players who have not received the COVID-19 vaccine would be cleared to play at home prior to Opening Day in April, sources told ESPN on Wednesday.

New York Mayor Eric Adams’ office has been working with health officials on a plan that would impact more than only unvaccinated, high-profile professional athletes in the area, sources said, and although no final decision has been made, there’s increasing hope that a rollback of the mandate that restricts NBA and MLB players from participating in home games will be lifted in the near future.

Adams said Tuesday that “baseball, basketball, businesses … they have to wait until that layer comes,” but sources believe a plan is progressing that could have Irving on the court as soon as next week, sources said.

The Nets, Yankees and Mets are awaiting the rollback of the private employer mandate, which doesn’t allow employees to work in the office — or players to play for their teams — without vaccination against COVID-19. Irving, who has repeatedly made it clear that he has no intention of getting vaccinated, has been unable to participate in games in New York City this season because of the mandate. Unvaccinated players on road teams have been allowed to play in NBA games in New York and could participate in baseball games as well.

Because MLB has the lowest vaccination rate of the four major men’s professional sports, the longer the mandate is upheld, the more imperiled the Yankees and Mets find themselves. Baseball officials have worked with the mayor’s office, according to sources, and are taking a cautiously optimistic approach to the mandate’s removal.

Nonetheless, teams and players are preparing for the worst case. In a recent memo sent to agents of Yankees and Mets players on the teams’ 40-man rosters and obtained by ESPN, the MLB Players Association outlined the most severe consequences of being an unvaccinated player on either team: the potential to be placed on the restricted list, during which they would receive neither salary nor, more important, service time.

For any impending free agent, the upshot could be devastating were the mandate to continue throughout the season. Baseball determines free agency by time spent on a major league roster. Yankees star Aaron Judge, who sidestepped questions about his vaccination status earlier this spring, is set to be a free agent following the 2022 season. Were he to spend fewer than 121 days on an active roster for any reason, Judge’s free agency would be delayed by a year.

Already unvaccinated baseball players are expected to miss their teams’ games against the Toronto Blue Jays — and the salary and service that come with them — after the league and union agreed that Canadian entry rules would preclude them from playing there. The Yankees play 10 games there this season.

The MLBPA memo says that unless the mandate is lifted, unvaccinated Yankees or Mets “will not be permitted to enter NYC Club facilities,” which include “the clubhouse, training rooms, weight rooms, hitting cages, and outdoor playing field areas.”

Because the Yankees’ first home game is April 7, the memo said, players who would receive the one-shot Johnson & Johnson vaccine would need to do so by Thursday to be eligible to play Opening Day. With the Mets’ home opener not until April 15, the final day for them to receive the J&J shot and still play, according to the memo, is April 1. Players also can take the first shot of the Pfizer and Moderna vaccines much closer to Opening Day, with the expectation that they would receive the second dose within 45 days.

“We’re going to do it in the right way,” Adams said on Tuesday. “We’re going to follow the science … we’re going to make the right decision. And in New York, no matter what you do, this is 8.8 million people and 30 million opinions, so you’re never going to satisfy New Yorkers, so you must go with the logic, your heart and the science.”

The Celtics have been the one constant in LeBron’s career
Nets vs. Warriors prediction and odds Sunday, January 22 (Golden State dominates at home)
Light 👏 The 👏 Beam! 👏 Kings blow out Grizzlies by 33 😳
Wolves have a decision to make about D’Angelo Russell before trade deadline – Woj | NBA Countdown
Jonathan Kuminga confirms Kyrie Irving is a tougher cover than Ja Morant