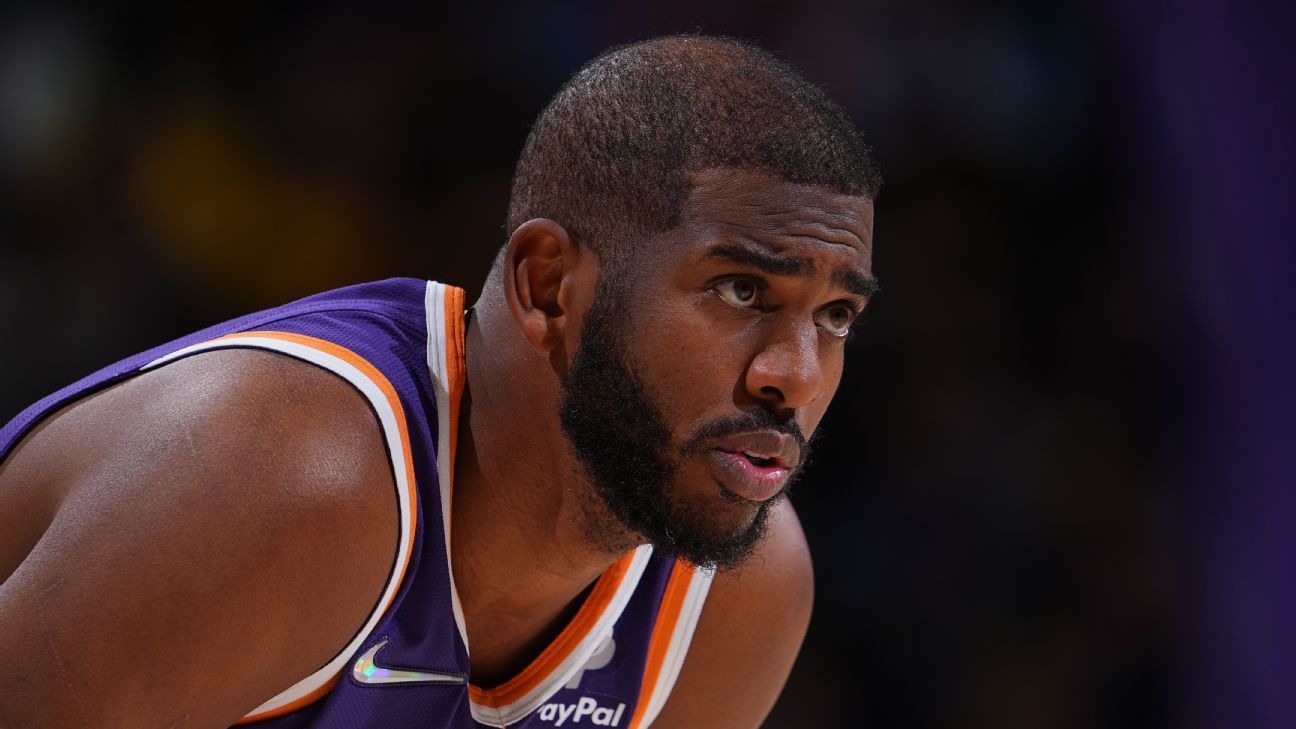 DENVER — Chris Paul returned from a broken right thumb to help the Phoenix Suns wrap up the top seed in the NBA playoffs with a 140-130 victory over the Denver Nuggets on Thursday night.

Devin Booker led Phoenix with a season-high 49 points, and Paul had 17 points — 15 of them after halftime — and 13 assists in the Suns’ seventh straight victory.

The Suns, who won 11 of the 15 games while their 12-time All-Star point guard was out, lead the NBA with a 60-14 record and are trying to make the NBA Finals for a second straight season after losing to the Milwaukee Bucks last year.

The Nuggets got 28 points from Nikola Jokic, 23 from rookie Bones Hyland and 21 from Aaron Gordon. They shot 59.3% from the floor, but Phoenix was even hotter, hitting at a 60.5% clip.

Mikal Bridges added 22 points for the Suns, who trailed by nine points early on but took the lead for good on Bridges’ basket that made it 115-114 midway through the final quarter.

Booker was 16-of-25 from the field, while Bridges was 8-of-9. Booker, Bridges and Deandre Ayton have played well in Paul’s absence, and Ayton had a career-high 35 points Wednesday night in a comeback victory at Minnesota. He had 16 on Thursday night.

Paul returned roughly five weeks after breaking his right thumb in a game against the Houston Rockets on Feb. 16, just before the All-Star break.

“It’s good to have him back,” Suns coach Monty Williams said about an hour before tipoff. “He’s been working diligently to not just get back but play at a level he wants to play. I’m sure the guys are jacked up.”

“I knew he was close to coming back and I was just hoping that wouldn’t be tonight,” Nuggets coach Michael Malone said while Paul was warming up at an empty Ball Arena.

The Suns were worried that Paul might miss the remainder of the regular season because of the thumb injury, but the veteran had been active in recent practices in a push to return.

With a nine-game lead over the second-place Memphis Grizzlies with eight games left for both teams, the Suns wrapped up the best record in the NBA and home-court advantage throughout the playoffs.

They also have the NBA-best road record at 30-6.