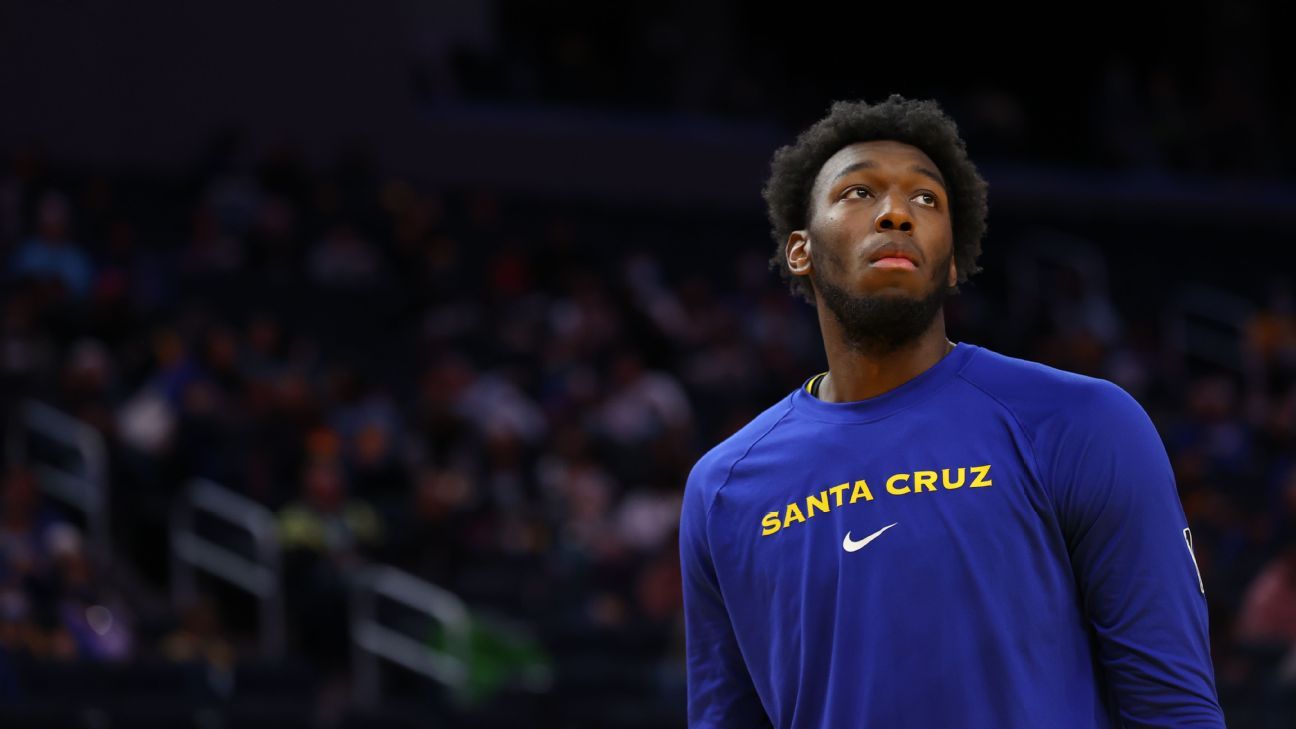 Golden State Warriors center James Wiseman has been ruled out for the rest of the season and will continue rehabilitating his right knee, sources told ESPN on Friday.

Wiseman has been recovering from a meniscus repair that he had in April 2021, and recent swelling in his right knee precluded him from continuing on a path to return this season. There are no plans for another surgery, sources said.

Wiseman, the No. 2 overall pick in the 2020 NBA draft, missed the first 73 games of the season and had his rookie season cut short with the meniscus injury. Wiseman averaged 17 points and 9.7 rebounds in three G League games earlier this month before the swelling slowed his return process.

Wiseman will remain in the Bay Area to continue his rehab, which will include strength and conditioning and rest, sources said.

Magic vs. Heat prediction and odds for Friday, January 27 (Back Orlando to cover)
Best NBA prop bets today for Nets vs. Celtics (Derrick White prop to bet)
The Celtics have been the one constant in LeBron’s career
NBA trade rumors: Jae Crowder trade may be coming after unexplained delay
Grizzlies hold moment of silence for Tyre Nichols