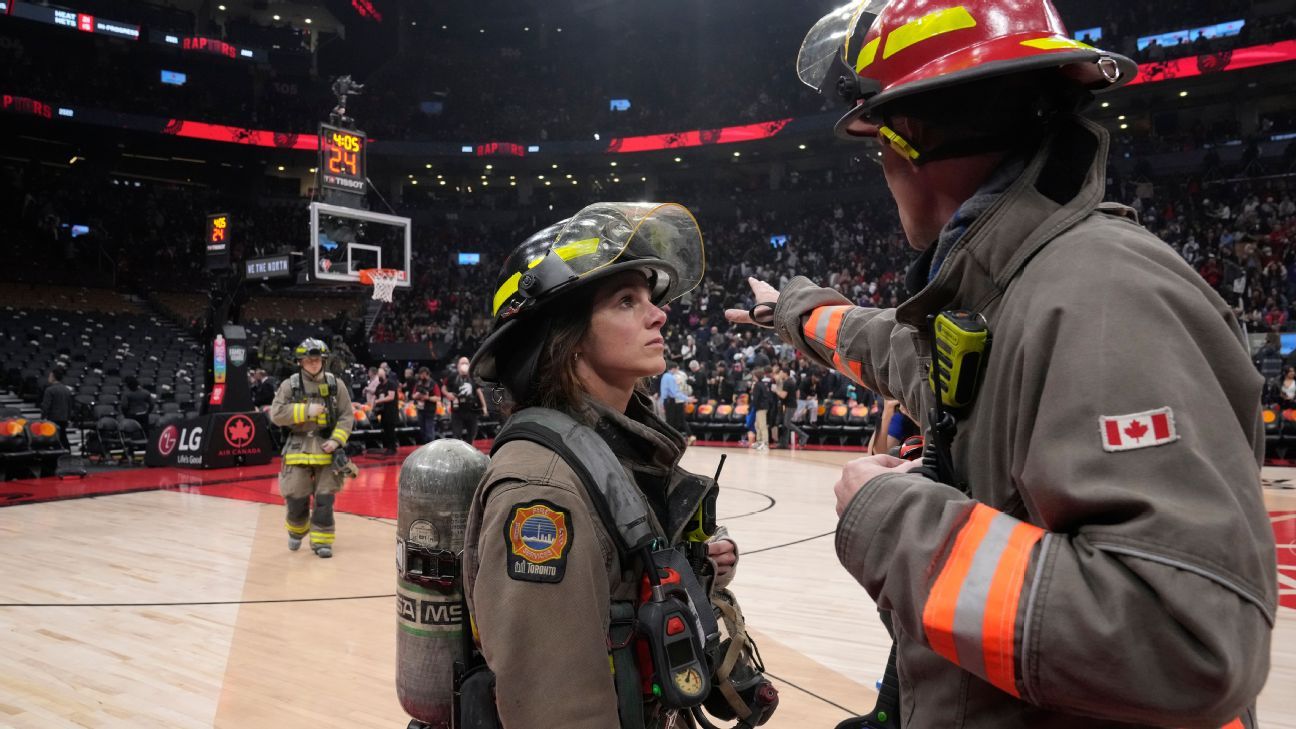 TORONTO — The Toronto Raptors‘ game against the Indiana Pacers on Saturday night restarted at 9:30 p.m., about 70 minutes after it was suspended in the second quarter and the arena evacuated because of a fire in a speaker hanging over the stands.

Players headed to their locker rooms with 4:05 left in the second quarter and the Raptors leading 66-38.

About a half-hour after the game was paused, a Raptors spokesperson said the team had consulted with Toronto Fire Services and hoped play could resume without fans in 30 or 40 minutes.

Shortly after that, two workers using ropes and harnesses hung from the ceiling and sprayed a fire extinguisher at the problematic speaker.

Remaining ushers and arena security staff cheered when the Raptors returned to warm up for the restart. The halftime break was cut from 15 minutes to seven and a half minutes.

Toronto guard Fred VanVleet, who missed two games earlier this month because of a sore right knee, did not return following the restart.

The Raptors played to no more than a few hundred fans at home games between Dec. 31 and Mar. 1 because of Ontario government restrictions related to the COVID-19 pandemic.

During the first quarter, two sections of fans behind the basket at the east end of the stadium were cleared and Toronto Fire Services personnel could be seen in the empty aisles, staring at the ceiling. Later, another section was cleared as the game continued.

Before long, video surfaced on social media of flames coming out of one of the speakers.

Raptors public address announcer Herbie Kuhn was heard testing the system multiple times, but the main speakers over the stands did not seem to be operating.

Eventually, Kuhn announced that the building was being evacuated at the order of Toronto Fire Services, telling booing fans that the game had been suspended.