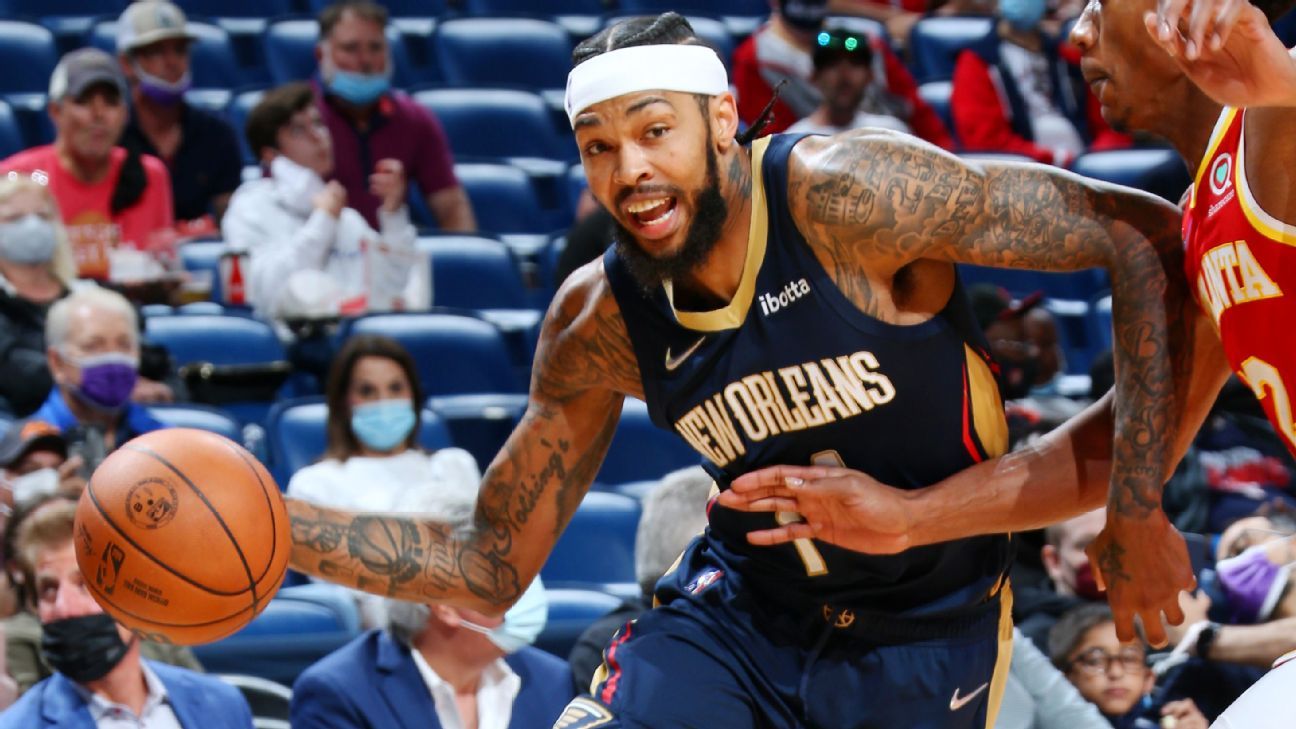 The New Orleans Pelicans have listed Brandon Ingram as probable for Sunday’s matchup against the Los Angeles Lakers, setting up the forward to end a 10-game absence by returning against his former team.

Ingram has been out since March 8 with a strained right hamstring. After missing the Pelicans’ most recent road trip with a non-COVID illness, Ingram sat out New Orleans’ most recent home games against Chicago and San Antonio while gearing up to return against the Lakers.

The Pelicans went 4-6 without Ingram as they continue to push for a spot in the Western Conference play-in tournament.

While Ingram is likely to return, the Pelicans could be without two other major pieces. CJ McCollum (left ankle sprain) and Jonas Valanciunas (right foot soreness) were listed as questionable after both played Saturday against the Spurs. McCollum had 32 points in 35 minutes while Valanciunas had 18 points and 11 rebounds in 29 minutes.

Larry Nance Jr. (right knee arthroscopy) is also listed as doubtful. Nance made his season debut against the Bulls, but the Pelicans look like they will rest him on the second night of a back-to-back.

New Orleans, the No. 10 seed in the West, sits a half-game back of the Lakers and one game up on the Spurs in the play-in race. The Pelicans travel to play the Lakers on Friday night in Los Angeles.

The Pelicans defeated the Lakers 123-95 on Feb. 27, and a win Sunday would give them the tiebreaker since the teams play three times this season.

Tim Legler breaks down how the Raptors beat the Bucks in the ECF | 2019 NBA Playoffs
Anthony Edwards reveals his gnarly snacking vice
Pelicans vs. Bucks prediction and odds for Sunday, January 29 (Bet on Bucks)
Best NBA prop bets today for Pelicans vs. Bucks (Giannis Antetokounmpo prop to bet)
LeBron was not happy after this play to win the game