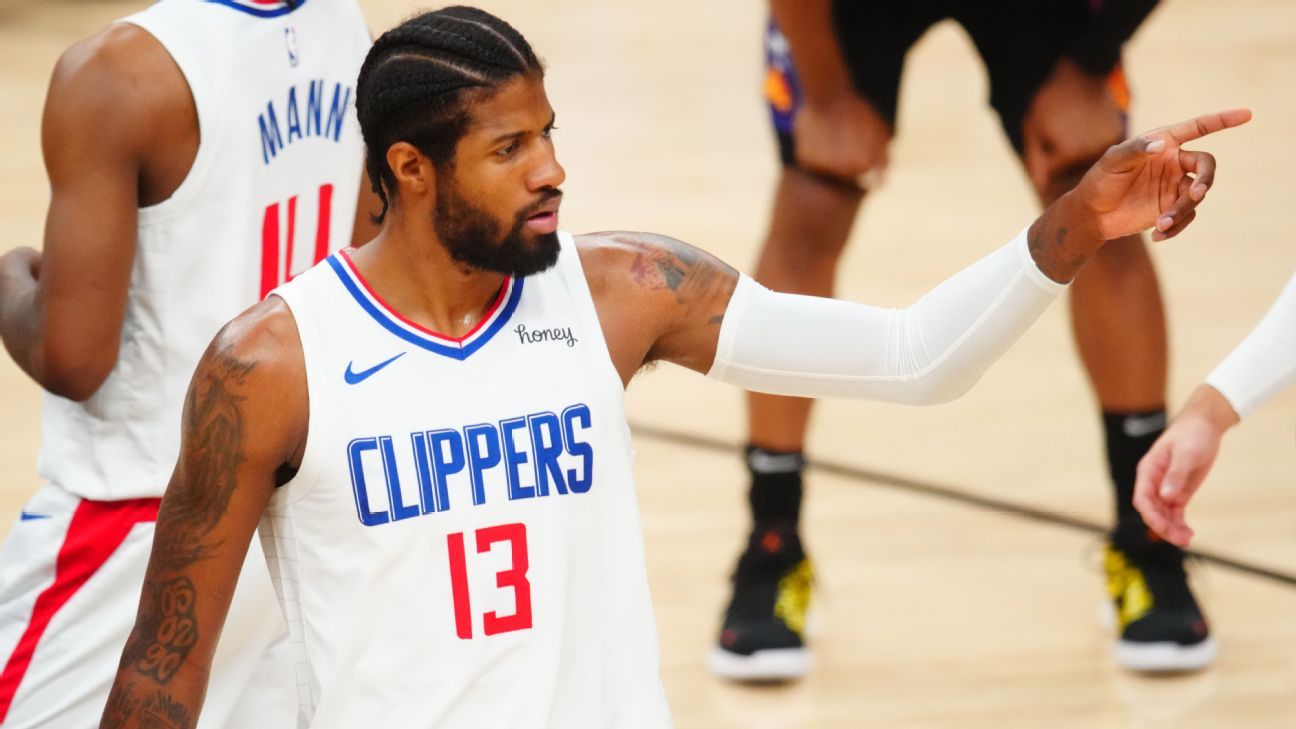 After missing three months with an elbow injury, LA Clippers All-Star guard Paul George is expected to return to the lineup against the Utah Jazz on Tuesday night, sources told ESPN.

George, who hasn’t played since Dec. 22, completed rehab on a torn ulnar collateral ligament in his right elbow, was upgraded to questionable on Monday and passed the final hurdles to make his return at Crypto.com Arena on Tuesday night, sources said.

George ramped up for his return in recent days, participating in five-on-five practices on Sunday and Monday.

George, 31, returns with the Clippers holding a 36-39 record, firmly in the eighth spot in the Western Conference playoff chase. The Clippers are hopeful that they’ll get guard Norman Powell back ahead of the playoffs in mid-April, although there’s less optimism about a Kawhi Leonard return amid his ACL rehab.