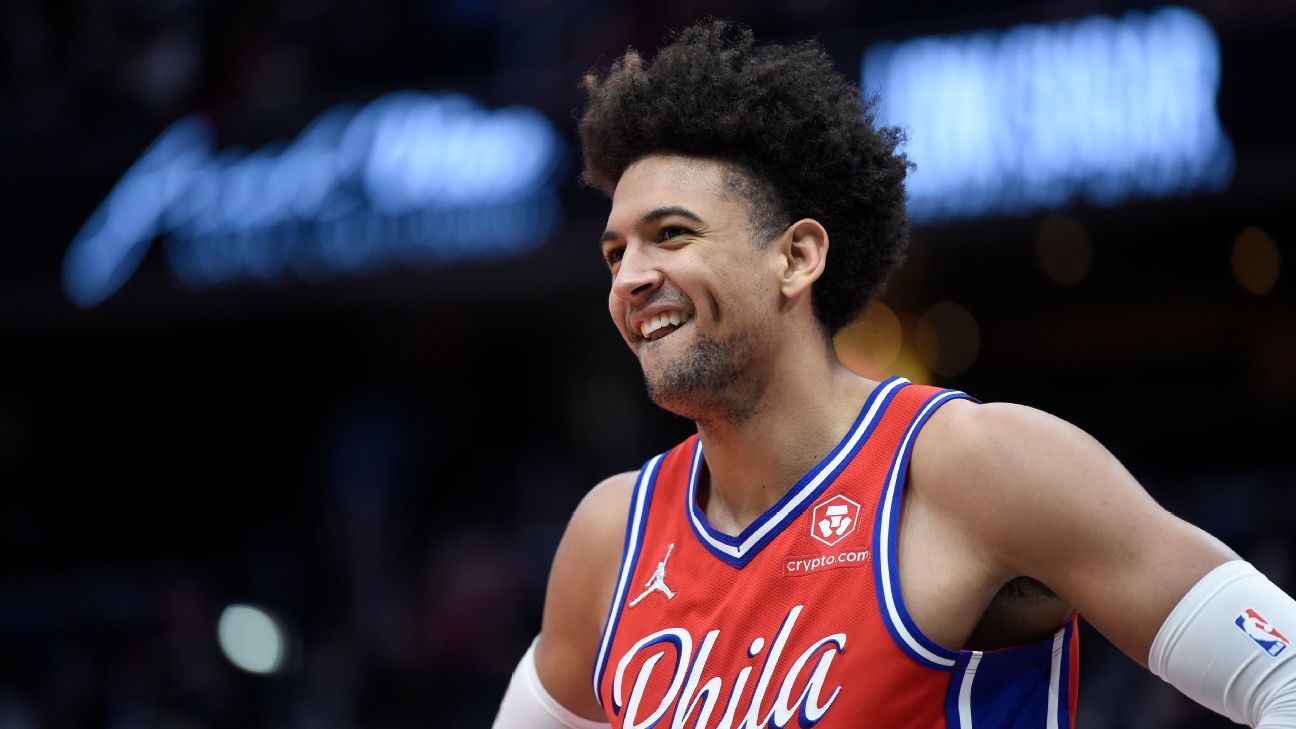 The Philadelphia 76ers listed guard Matisse Thybulle as “ineligible to play” in Thursday’s game in Toronto against the Raptors, a sign Thybulle could also be unable to play in the three road games of a potential playoff series between the two franchises.

Last week, ESPN asked the four teams atop the conference — Philadelphia, the Miami Heat, Milwaukee Bucks and Boston Celtics — whether their rosters were fully vaccinated, and thus eligible to play in games in Toronto, where players have to be vaccinated in order to enter the country.

Miami and Milwaukee confirmed to ESPN that their teams are fully vaccinated, whereas Boston and Philadelphia declined to comment.

As of Wednesday evening, the 76ers and Raptors would meet in the first round of the Eastern Conference playoffs as the Nos. 4 and 5 seeds.

Thybulle, who turned 25 last month, has become one of the NBA’s best wing defenders, averaging 1.1 steals and 1.8 blocks in 25.4 minutes per game. Only seven players in the league are averaging at least one steal and block per game, and all of them are playing more minutes than Thybulle.

Thybulle’s absence would be particularly felt on a Philadelphia roster that is devoid of much defensive talent outside of him and MVP candidate Joel Embiid, who is also a potential All-Defensive Team candidate.

If Toronto beats Philadelphia on Thursday, it would go a long way toward locking in that matchup in the first round for both teams. However, if the Sixers win that game and their final two, against Indiana on Saturday and Detroit on Sunday, they would be guaranteed of finishing no lower than third, thanks to the Celtics and Bucks, who are currently tied with Philadelphia with matching 49-30 records, playing Thursday night in Milwaukee.

The playoffs are set to begin April 16 and 17, with Games 3 and 4 of the first round — which would take place in Toronto — likely to be played beginning two weeks from Wednesday.

The most prominent example of a player missing games due to being unvaccinated is Brooklyn Nets star Kyrie Irving, who was unable to play games in New York, either at Barclays Center or Madison Square Garden, before the city changed its vaccination regulations recently to allow unvaccinated athletes to play in home games.