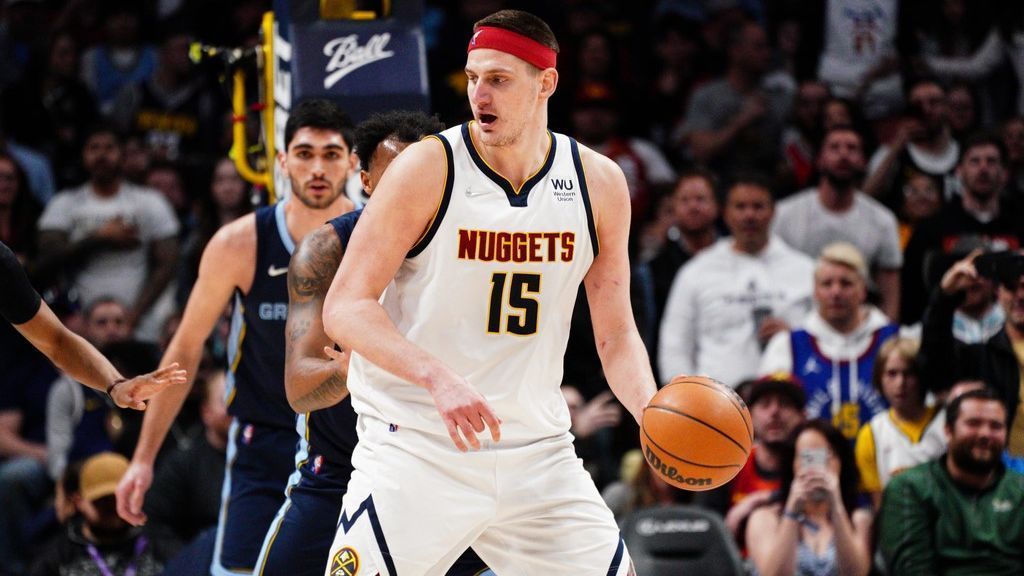 DENVER — Nikola Jokic made history on the night his Denver Nuggets clinched a fourth consecutive playoff berth with a 122-109 victory over the Memphis Grizzlies.

Jokic became the first player in NBA history with 2,000 points, 1,000 rebounds and 500 assists in a season. He had 35 points, 16 rebounds, six assists and five steals Thursday night.

Jokic’s big night came after taking an inadvertent elbow from Jaren Jackson Jr. to the right forehead and temple that drew blood in the opening minute.

After having to retreat to the bench twice to stop the bleeding, Jokic donned a red headband for the remainder of the game as he helped the Nuggets (48-33) overcome a shaky start to avoid a season sweep at the hands of the Grizzlies.

“The MVP isn’t even a competition,” Nuggets coach Michael Malone declared afterward. “There’s other great players. I’m not saying they’re not great players. But what Nikola Jokic has done this year – with this team – everything we’ve had to go through, is just incredible.

“He was good last year and he’s even better this year.”

Despite missing stars Jamal Murray and Michael Porter Jr., the Nuggets clinched a top-six spot in the Western Conference playoffs and avoided the four-team play-in thanks to another outstanding performance from the reigning MVP.

They can still win the Northwest Division with a victory Sunday night against the Lakers and two losses by the Utah Jazz (48-32), who finish up against Phoenix and Portland. The victory also locked the Minnesota Timberwolves into the play-in.

Aaron Gordon added 22 points for Denver and Desmond Bane had 14 points for the Grizzlies, who were coming off an overtime loss at Utah on Wednesday night, have already captured the first division title in their history along with securing the second seed in the West.

The Grizzlies are hopeful of getting All-Star guard Ja Morant back this weekend from a right knee injury that has sidelined him since March 18.

Malone said he was concerned after seeing Jokic bloodied in such a pivotal game for Denver.

“My first thought was Steve Nash in that playoff series and they couldn’t stop the bleeding,” Malone said. “And I’m saying, ‘Of all games, Nikola gets a very non-malicious elbow, an inadvertent elbow to the head and he’s bleeding.’

Malone said he implored his trainers to do whatever they could to staunch the flow of blood.

“Like, get a staple gun out here,” Malone said. “And it finally stopped and Nikola put on another MVP performance.”