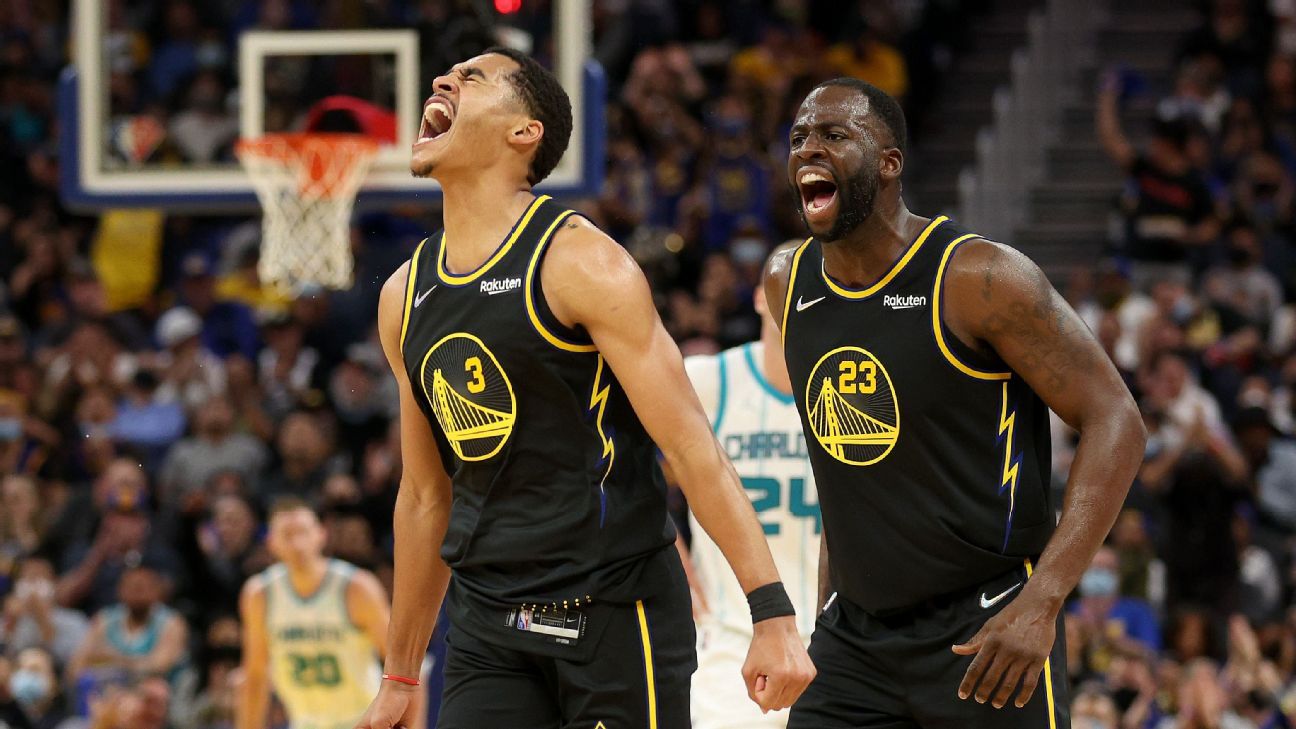 Green subsequently left the training facilities and is not expected back until Saturday. The Warriors are still in the process of disciplining Green, but Myers said he does not expect him to miss any games due to punishment.

“These things happen. Nobody likes it, we don’t condone it, but it happens,” Myers said. “Draymond apologized to the team. Jordan was there in the room. … As far as any suspension, punishment, fine, we will handle that internally.”

The altercation began when the two started trash-talking and verbally sparring during practice. It escalated when they started shoving each other and culminated with Green punching Poole, sources said.

Throughout his career, Green has been considered the Warriors’ heartbeat and emotional leader. On media day, Klay Thompson said being yelled at by Green at one point or another is a “bylaw now.” And usually the Warriors welcome his fire.

“He will tell you he has been over that line but he always comes back,” Myers said. “Nobody is saying they don’t want him around … but [Wednesday] was not a good moment. … I don’t think he likes putting himself in these spots. He is in one, but I think he’ll find a way to earn the respect of his teammates and Jordan back.”

Myers said upcoming contract negotiations for both Green and Poole didn’t play a role in the altercation, and he hadn’t observed any change in behavior from either player leading up to the incident.

“There was a report that Jordan had an attitude in camp, and that could not be further from the truth,” Kerr said. “He’s been fantastic.”

Curry added: “[Poole] has been great, and there was nothing that warranted the situation yesterday. I want to make that clear.”

Despite the incident, Myers called this year’s training camp and preseason the best “vibe” he has witnessed in his tenure with the Warriors. He believes the Wednesday incident will work itself out with time.

“It’s unfortunate, I’m not going to deny it,” Myers said. “It’ll take some time to move through, but we’ll move through it and move forward. And I’m confident that we will. … This isn’t our first thing that’s happened, first sense of adversity. We’ve been through some of this before. Don’t like going through it but it’s part of the NBA and it’s part of sports.”